TEACHING APPRENTICESHIPS
Alums with a special interest in creative writing pedagogy may apply for a teaching apprenticeship. Apprentices will work closely with a workshop leader, contact students with workshop updates, assign readings, and review student reading responses and evaluations. Apprentices must also teach one seminar on teaching/pedagogy and are asked to read during the Faculty Flash Reading.

Apprentices will receive a travel stipend ($300.00 maximum) and lodging with lunches during summer residencies.

How to Apply: Interested alums must submit the following by DECEMBER 15, 2015:

Decisions will be made in consultation with faculty advisory board and based in part on the applicant’s teaching strategies and presentation proposal. Applications materials are due by December 15, 2015. Materials received on or after that date will be considered at the discretion of the Associate Director. Interested Stonecoast alums should submit hard-copy materials packets to:

PLUS-RESIDENCY OPTION
Alumni who would like to return to Maine or Ireland for an additional residency experience can participate in the residency, which will include two workshops, attending seminars and interacting with mentors. Approximate Cost: $900.00 – $1125.00 plus lodging

FIFTH-SEMESTER OPTION
The fifth semester option allows alums to opt for an additional semester of mentorship with a Stonecoast faculty member to further polish a book manuscript or collection of poems. This option starts with a full residency followed by enrollment in a six month semester. Cost: Current Tuition Rate

Eric M. Bosarge (Popular Fiction, W’12) recently sold his second novel, Sky Is Over, to Medallion Press. He worked on the novel extensively during his time at Stonecoast, eventually using a version of the novel for his thesis. Eric would like to thank all his fellow students and former instructors, especially Michael Kimball, for their help with the novel. Sky Is Over will be released in June of 2017.

Karen Bovenmyer’s (Popular Fiction, S’13) short story “What the Dollhouse Said” will be reprinted in a forthcoming edition of Evil Girlfriend Media Shorts, and a new micro fiction titled “Left Behind,” which is a twist on a werewolf tale, will appear in the Quick Shivers in the Midwest from the DailyNightmare.com: Volume Four anthology.

Linda Buckmaster (Creative Nonfiction, S’11) was awarded a scholarship from Upstreet. A Literary Magazine to the 20th Annual Postgraduate Writers’ Conference at Vermont College of Fine Arts. The scholarship is awarded to current or past contributors to the magazine. Linda’s essay “Becoming Memory” appeared in Upstreet 8 in 2012. It was listed as a Notable Essay in Best American Essays 2013. FYI: She pretty much boiled her Stonecoast thesis down to this one essay. This fall, her essay “Space Heart” will appear in Solstice Literary Magazine. Over this past year, Linda has had residencies at Landfall Trust in Brigus, Newfoundland; Vermont Center Studios in Johnson, Vermont; and Obras Foundation in Portugal. She is currently working on a collection of flash fiction about boomer women.

Marie Hannan-Mandel’s (Popular Fiction, ’07) short story “The Perfect Pitch” was chosen for the Malice Domestic anthology 11 Murder Most Conventional. It will be published to coincide with the Malice Domestic Conference in April 2016. Her short story “Sisters, Sisters” will appear in the anthology Adirondack Mysteries 3, which will be published in 2016.

Paul Kirsch (Popular Fiction, W’11) is joining Obsidian Entertainment as a full-time Narrative Designer. Obsidian’s past projects include Pillars of Eternity and Fallout: New Vegas. He’ll be writing branching dialogue, character arcs, and story/world content for video games in development. You can learn more about Obsidian’s current and upcoming projects at https://www.obsidian.net/ 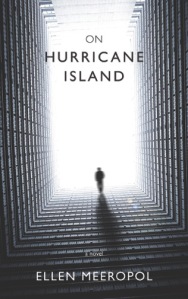 Ellen Meeropol (Fiction, W’06) and civil liberties attorney Bill Newman will present a reading and conversation, “Disappeared in America: Imagination and Fact,” at the Wellfleet Public Library on Wednesday, August 26 at 7:30 p.m. After Meeropol reads from On Hurricane Island, her novel set at a fictional domestic detention center in Maine, Newman will discuss the realities of domestic interrogation and detention.

Alexandra Oliver (Poetry, W’11) will be performing in Toronto’s International Festival of Authors this October, in support of her inclusion in the anthology Best Canadian Poetry 2015. Her next book, Let the Empire Down, is slated for Spring 2016 release from Biblioasis.

A new piece by Lisa Romeo (Creative Nonfiction, S’08), “Must Love Horses, Must Love Dogs,” appeared on the essay site Full Grown People. In August, Lisa will be presenting at HippoCamp15: A Conference for Creative Nonfiction Writers in Lancaster, PA.

Catherine Schmitt (Creative Nonfiction, W’12) is pleased to announce the release of The President’s Salmon: Restoring the King of Fish and its Home Waters from Down East Books.

Linda K. Sienkiewicz (Fiction, S’09) is thrilled to announce the September 8th release of her novel, In the Context of Love, published by Buddhapuss Ink, LLC, a manuscript written in first person/second person address that she worked on while at Stonecoast. Bonnie Jo Campbell, National Book Award Finalist, author of American Salvage and Once Upon a River, says: “Linda K. Sienkiewicz’s powerful and richly detailed debut novel is at once at love story, a cautionary tale, and an

inspirational journey. In the Context of Love should be required reading for all wayward teenage girls—and their mothers, too.” You can view the trailer Linda created herself at here. You can preorder/purchase the book on Amazon. Linda’s website is http://lindaksienkiewicz.com/

Theodora Goss‘s (Popular Fiction) essay “The Fin-de-Siècle Monster” was published in the second issue of Story, which focuses on the monster in all its manifestations. A letter of hers appeared in Letters to Tiptree, a compilation of letters to James Tiptree, Jr., from female fantasy and science fiction writers published by Twelfth Planet Press.  Her story “Cimmeria: From the Journal of Imaginary Anthropology” was reprinted in two year’s best anthologies: The Best Science Fiction and Fantasy of the Year: Volume Nine, edited by Jonathan Strahan (Solaris), and The Year’s Best Science Fiction and Fantasy: 2015, edited by Rich Horton (Prime Books).

Elizabeth Hand (Fiction, Popular Fiction) has sold The Book of Lamps and Banners, the fourth Cass Neary novel, to St. Martin’s Press.  Her recent reviews include Crooked and Sisters of the Revolution for the Los Angeles Times.

Nancy Holder (Popular Fiction) is signing her story “Another Little Piece of My Heart” in Midian Unmade: Tales of Clive Barker’s Nightbreed at Dark Delicacies Bookstore in Burbank, California, on August 1 at 2:00 p.m. She is also signing the following day, August 2, at 2:00 p.m. at Mysterious Galaxy Bookstore in San Diego.

Mike Kimball‘s (Popular Fiction, Scriptwriting) multi-award-winning play Duck and Cover will be staged at The Players’ Ring (Portsmouth, NH) Sept 4-20 (Fri, Sat, Sun). The theater has intimate, three-quarter round seating for 70, so please book tickets in advance if you plan to attend. http://playersring.org/2015/05/duck-and-cover/

Elizabeth Searle‘s (Fiction, Popular Fiction, Scriptwriting) Tonya & Nancy: The Rock Opera had a sold-out extended run at the New York Musical Festival in July 2015, drawing national and international media, including a feature interview with Elizabeth on People.com, the online People magazine. An AFP news service feature on the show appeared in over 200 countries in Europe and Asia and was a “trending story” in France. The rock opera drew enthusiastic NYC reviews. Broadway World spotlighted it as a PhotoFlash feature. Ken Davenport’s Producer’s Perspective blog listed the show as one of five “that stand out” at NYMF and Playbill and Backstage both cited it as one of the “Top Ten Shows to See.” Tonya & Nancy’s Liz McCartney won Outstanding Featured Actress at NYMF 2015. Best of Off Broadway listed it as a Best of Fest. Elizabeth thanks Stonecoasters for their online and offline support! Check out the website for news on future productions.