Patricia Barletta (Popular Fiction, W ’12) is thrilled to announce that her paranormal historical romance Moon Shadow, Book 2 of The Auriano Curse Series, was released over the summer. She worked on part of this manuscript while at Stonecoast. She has also signed a contract for a reprint of her first published book (horrible title to be changed), a historical romance set during the Regency period in England.

Elizabeth Beechwood (Popular Fiction, S’14) is pleased to announce the creation of the Washington County Writers Forum in Oregon. WCWF is a monthly forum for writers of all genres, ages, and experience levels to engage with writing professionals about a wide range of topics. The forum is held on the 1st Thursday of each month (February through December) at Insomnia Coffee Downtown Location at 317 E. Main Street, Hillsboro, OR, from 7:00-8:00 p.m.; admission is $5. WCWF is also an information hub promoting organizations, meetings, conferences and conventions, as well as learning opportunities in the Pacific Northwest that are of interest to writers in Washington County. If you live in the Portland, Oregon, area and are interested in presenting, please contact Elizabeth at ebeechwood@gmail.com or through the website contact page at www.washingtoncountywriters.com. If you have an event in the Pacific Northwest, please let her know so she can share it. Of course, you’re always welcome to attend a forum—no membership is required and all are welcome! 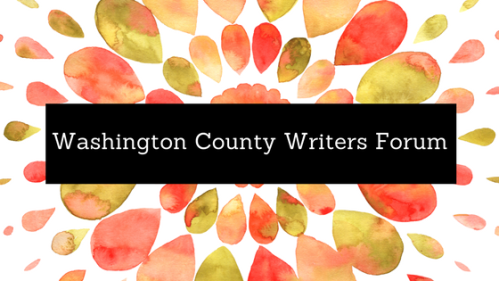 Karen Bovenmyer (Popular Fiction, S’13) is proud to announce her novel Swift for the Sun earned an honorable mention in the 2017 Rainbow Awards. Karen recently narrated Sarah Goldman’s “Islands in the Dark” for Escape Pod. Karen’s book chapter “Shirley Jackson and the Fear of Ordinary People” will appear in McFarland Press’s forthcoming Horror Literature: Past and Present, edited by Nicholas Diak and Michele Brittany. Karen is also very much looking forward to seeing Stonecoasters at World Fantasy in San Antonio the first week of November where she will serve as a panelist and moderator on “Paging Doctor Tavener and Carnaki: Occult Detectives Old and Newly Reinvented” with Lisa Tuttle, Jess Nevins, Jaime Lee Moyer.

J.R. Dawson (Popular Fiction, S’16) has a new short story in the November/December issue of The Magazine of Fantasy and Science Fiction. “Marley and Marley” was written for her very last packet at Stonecoast. 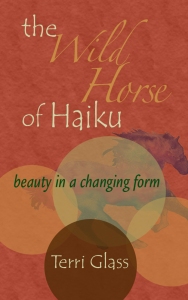 collection, Glass Teepee. In addition to Julie and Liz’s readings, the artist and illustrator Adell Donaghue will present a selection of her work. The event is free and open to the public.

Terri Glass’s (Poetry & Creative Nonfiction, S’13) e-book The Wild Horse of Haiku: beauty in a changing form is now available on www.amazon.com to purchase. This book is a comprehensive look at the history of haiku and the changes it has undergone since traveling to the West. This is for anyone interested in understanding the breadth of this short form and how it can be a springboard for experimentation in creative writing. 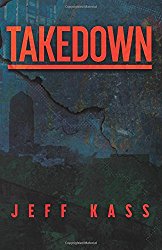 Ann Arbor: a small city with a big university
A city of cute coffee shops, leftover hippies, hybrid cars, indie bookstores, and craft breweries. A city, above all, that values education.

Jim Harrow has been an Ann Arbor cop for fifteen years. He mostly handles things like stolen cars and fratboy fights, giving him time to coach high school wrestling and help raise his teenage daughters.

But things take a deadly turn the night after the Michigan–Michigan State football game, when a house party ends in a fire. Its single victim is a graduate student with no job, no friends, and no research. What was Sanders Bolgim working on, and why would someone want to kill him for it?

Nothing about the case makes sense, and as Jim traces the events leading to the fire, he uncovers a shady party company, dark money buying for-profit charter schools, and a string of murders stretching back years.

In a town where money and education are always in each other’s pockets, someone is paying a killer to teach the ultimate lesson.

Kass’ debut novel is an astute commentary on the darker side of education reform wrapped in a gripping adventure. Filled with authentic characters, a strong voice, and the perfect portrait of a Midwest college town, Takedown is as sharp and crisp as a football Saturday.

Mary Heather Noble (Creative Nonfiction, W’ 14) is pleased to share that her essay “Variations on Green” is featured in the Political Landscapes issue of About Place Journal. Her essay “Disguise” was also published in the Halloween-themed issue of Barrelhouse.

Ellie O’Leary’s (Poetry, W’17) short story “Annie Doesn’t Get It” appears in the next issue of Boomer Lit Mag. 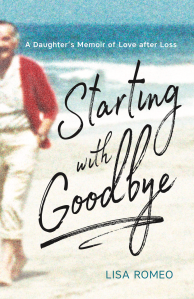 Lisa Romeo (Creative Nonfiction, S’08) is pleased to reveal the cover of her memoir, Starting with Goodbye: A Daughter’s Memoir of Love after Loss (University of Nevada Press, May 2018).

An Elder Man, the new short film by Jacob Strunk (Fiction, W ’07) starring The Monster Squad’s Ryan Lambert, continues its festival run November 17th with another Pacific Northwest screening at the Killer Valley Horror Film Festival in Ashland, Oregon. Jacob will be in attendance for a Q&A and post-film drinks with whoever’s buying. Screening info is here. 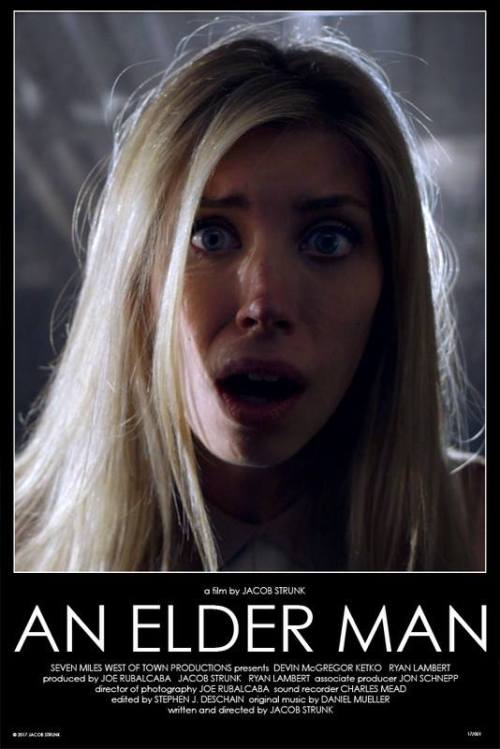 Bonnie Jo Stufflebeam‘s (Popular Fiction, S’13) The Magicians flash fiction, which won SyFy/Wattpad’s #BattletheBeast contest, has been turned into a digital illustrated short; as a bonus, they used her likeness for the character she created. Watch all five chapters on the SyFy website. Her mythological flash fiction “Liars” appeared in Hobart. Her botanical horror story “The Black Thumb” appears in the anthology Road Kill: Texas Horror by Texas Writers Volume Two.

Jeanne Marie Beaumont (Poetry) will be rounding out the first year of the release of Letters from Limbo by returning to her home town. On Saturday, November 10th, at 6:00 p.m., at the Big Blue Marble Bookstore in Philadelphia, she will be reading with former Stonecoast faculty member Baron Wormser, who is launching his new novel Tom o’ Vietnam. The bookstore is located at 551 Carpenter Lane in the Mt. Airy section of Philadelphia, PA.

Elizabeth Hand (Popular Fiction, Fiction) was a guest at Virginia’s Fall for the Book Festival, and also appeared at The Potter’s House in DC with JJ Amaworo Wilson. Her recent reviews include Philip Pullman’s La Belle Sauvage and Joe Hill’s Strange Weather for The Washington Post, and Amaworo Wilson’s Damnificadoes, Karin Tidbeck’s Amatka, and Josh Melerman’s Black Mad Wheel for The Magazine of Fantasy and Science Fiction, as well as an essay on novelist John Crowley for The Los Angeles Times. In November, she will be reading and speaking at Bard College as part of its Innovative Contemporary Fiction Series.

Jim Kelly’s newest story “And No Torment Shall Touch Them” has been published in the current issue of Asimov’s Science Fiction Magazine, which also includes another installment of his regular column. In “Time Party” he offers some possible explanations of why we have yet to be overrun with tourists from the future. His freebie newsletter Strangeways has launched and subscribers continue to pour (trickle) in.

Elizabeth Searle (Fiction, Popular Fiction, Scriptwriting) is happy to be reading in a Stonecoast Community Reading with two star Stonecoast alumni, Anthony D’Aries (Creative Nonfiction, W’09) and Kara Storti (Fiction, S’06), at the Arts at Armory Cafe in Somerville, MA, November 18th at 2:00 p.m., with thanks to Lo Galluccio and Richard Cambridge. On November 8th, in an event sponsored by Arlington Community Education, Elizabeth will lead a panel on “Second Acts” for women in their 40s or beyond who are interested in “changing up” their work lives. Elizabeth will discuss how, after three books of fiction, she began the adventure of writing scripts.  See: http://www.arlingtoncommunityed.org/adult-programs/ 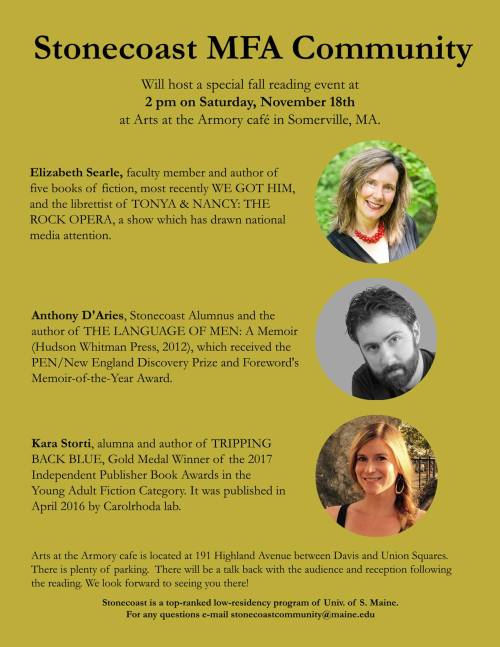