Sarah Braunstein is the author of The Sweet Relief of Missing Children, winner of the Maine Book Award. Her work has appeared in The New Yorker, Agni, Ploughshares, The Sun, and on NPR’s All Things Considered. She has been a member of the Stonecoast MFA faculty since 2011.

Dave Patterson is a writer and musician from Portland, Maine.  He attended the Bread Loaf School of English and is a graduate of the Stonecoast MFA program in Creative Writing.  His fiction has appeared in The Onion River Review.  He also writes music, including the concept album, How We Hunger, and plays with his wife Anna under the name The High Spirits.

Cal Armistead (Fiction, W’o7) will be a panelist at the sixth annual “Are You a Bookie?” book club gathering June 2nd from 2:00-4:00 p.m. at Bay Path College in Longmeadow, MA. Cal will read from and sign copies of her first novel, the critically acclaimed (most recently by The Boston Globe) Being Henry David, during this event, which is open to the public free of charge and will be headlined by bestselling novelist, memoirist, and columnist Joan Wickersham. Suzanne Strempek Shea, the college’s writer-in-residence, will emcee. Details are here.

Nancy Brown‘s (Fiction, S’08) story “Hay Day” will appear in the book Summer Stories being published later this year. Summer Stories is the result of a collaboration between the Maine Writers & Publishers Alliance (MWPA) and Shanti Arts Publishing. They invited Mainers to write short stories inspired by a series 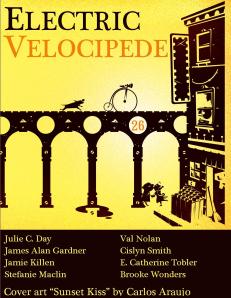 Julie Day‘s (Popular Fiction, S’12) story “Paradigm Shift” was published in Electric Velocipede 26. The story was originally created as part of Bonnie Stufflebeam‘s annual Arts & Words Show. A second story by Julie, “The Death of Love Project,” came out in the May issue of Swamp Biscuits and Tea.

Paula Treick DeBoard (Fiction, S’10) is excited to announce that her novel The Mourning Hours (Harlequin MIRA) will be released on June 25th. She’d especially like to thank the people who worked with her and saw this novel in its various stages of life, including her fellow workshoppers and her mentors Aaron Hamburger, Ted Deppe, Suzanne Strempek Shea, and Boman Desai. More information about the book can be found on her website or on Facebook.

John Florio (Fiction/Popular Fiction, S’07) has two books being released this summer. His novel, Sugar Pop Moon, is being released by Prometheus/ Seventh Street Books on July 9th, the first in a series of crime novels featuring Jersey Leo, an albino bartender working in a Hell’s Kitchen speakeasy during Prohibition. John will read from Sugar Pop Moon in Boston and in New York throughout July and August. Event dates will be posted on the novel’s Facebook page. John’s nonfiction book (with Ouisie Shapiro), One Punch from the Promised Land, will be released by Globe Pequot/Lyons Press on September 3rd. One Punch tells the story of boxer-brothers Leon and Michael Spinks and questions the myth surrounding the sport’s heavyweight

champions in 20th-century America. Information on readings of One Punch will be posted on that book’s Facebook page. Find out more at John’s website.

Marie Hannan-Mandel (Popular Fiction, ’07) has been shortlisted for the Crime Writers Association (UK) Debut Dagger Award for a mystery set in a Brooklyn high school. She worked on this novel during her time at Stonecoast. The winner will be announced in London on July 15th.

“Sexy Robot Mom,” a story about gender and the apocalypse by Sandra McDonald (Popular Fiction, W’05), won the Asimov‘s Readers’ Award for Best Short Story (tie) along with a cash prize. Visit her here.

Cabildo Quarterly, a poetry broadside, has solicited poems from Bruce Pratt (Fiction, ’04) and will publish “A Friend Speaks” in the fall print issue and “Clapping” and “Getting the Mail” on its website next week. His play Memories of Paradise will be featured in a reading at the 2013 Sport Literature Association Conference in Monmouth, NJ, on June 27th.

Christopher Watkins‘ (Poetry, W’08) poem “Ballyvaughan” has just appeared in the new issue of Hayden’s Ferry Review. His wine blog, 4488: A Ridge Blog, is a two-category finalist in the 2013 Wine Blog Awards.

A story by Tamra Wilson (Fiction, S’11) appears in the inaugural issue of South Florida Arts Journal. She is also pleased to have her story, “The Bird Watcher,” appear in the 2013 issue of Penumbra, published by the English department at California State University-Stanislaus.

James Patrick Kelly (Popular Fiction) recently sold three new stories. “Sing, Pilgrim,” the first draft of which was written at Stonecoast as one of his flash-fiction challenges, went to The Magazine of Science Fiction and Fantasy. “Someday” will be forthcoming from Asimov’s Science Fiction. And in the fastest turnaround in his career, “Soulcatcher,” which he sold to Clarkesworld in late April, was published online on May 1st. 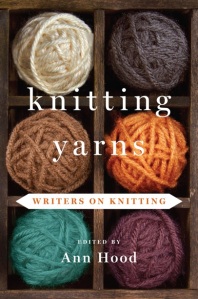 Elizabeth Searle (Fiction, Popular Fiction, Scriptwriting) and Suzanne Strempek Shea (Creative Nonfiction, Fiction) are thrilled to have seen the cover of Knitting Yarns: Writers on Knitting, an anthology edited by Ann Hood that will be published by Norton in November and will include essays by each of them.

Via Bruce Pratt: All Stonecoast Fiction Writers are reminded that the deadline for submissions to the Annual American Fiction Prize are due by June 15. All genres of fiction are welcomed. This series, whose first six issues were published by Birch Lane Press/Carol Publishing Group, was called “a must-read collection for all short-fiction enthusiasts” by Booklist. The series moved to New Rivers Press in 1997; editors Alan Davis and Michael White chose previously unpublished stories for inclusion in the first ten volumes. Volumes 11 (2010) and 12 (2012) were edited by Kristen Tsetsi, Bayard Godsave, and Bruce Pratt. Volume 13–set for publication in 2014–is being edited by Bruce Pratt. A well-known writer serves as guest judge, chooses three prizewinners who receive a cash award, and writes the introduction. This year’s judge is Michael White. In 1998, Writer’s Digest chose the series as one of the top fifteen fiction magazines in the United States.

Contest Guidelines: New Rivers Press will publish approximately twenty short stories in each American Fiction volume, subtitled The Best Unpublished Stories by Emerging Writers. We seek well crafted, character driven literary fiction in any genre with a maximum of 10,000 words per story. Each of the selected story authors will receive national publication and distribution, author discount, and two complimentary copies. $1,750 in prizes will be awarded. ($1,000 for 1st place, $500 for 2nd place, and $250 for 3rd place). The finalist judge for Volume 13 is Michael White. There is a reading fee of $16 for each online submission from Feb. 1 through June 15 at the Submittable website. Submit electronically.