Calling all Stonecoasters past and present in the New York City area—please join us on Wednesday, January 4th, 2017, for a special Stonecoast Night at the KGB Bar in Manhattan, 85 E. 4th St. from 7:00 to 9:00 pm. Featured faculty readers will be Jeanne Marie Beaumont, Elizabeth Searle, and Breena Clarke. Joining in with flash readings will be students and alums Daniel Ball, Peter Behravesh, Anthony D’Aries, Jessica de Koninck, Gro Flatebo, Lissa Kiernan, Erin Roberts, and Alex Sherman. Please come to cheer and toast the New Year. We hope to see many of you there! 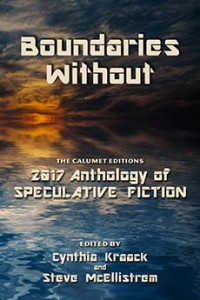 Karen Bovenmyer (Popular Fiction, S’13) is thrilled her story “What the Dollhouse Said” is scheduled to air on the Pseudopod Podcast on January 13, 2017. Her zombie masters vs robot apocalypse flash fiction “We Are Still Feeling,” originally published in alumni Cynthia Kraack’s Boundaries Without: The Calumet Editions 2017 Anthology of Speculative Fiction on October 29, 2016, will be reprinted in Sockdolager magazine’s Women of War Special Issue, Winter 2017. MK Gibson’s interview Karen Bovenmyer – Drop and Give me 20! 20 Hard Questions for Hard Authors was published on November 30, 2016, revealing Karen’s biggest failure, greatest shame and what Frankenstein, a bunch of grapes, and a broken closet door have to do with it. She also goes on and on about how wonderful you all are in the Stonecoast program. Another interview promoting her forthcoming fantasy novella “The Beaded Slipper” in Crimson Edge Press’s Maidens and Magic anthology went live on December 11. In her role as nonfiction editor for Mothership Zeta Magazine, Karen is assisting alumna Mur Lafferty in preparing the January issue (#6), which will include an awesome story from alumna Jennifer Castello and a Story Doctor article from faculty member James Patrick Kelly.

Michael L Joy (Popular Fiction, S’13) has been voted to the board of the Florida chapter of the Mystery Writers of America for 2017.

Alan King’s (Poetry, W’13) book Point Blank was named among the “Ten Best Poetry Books of 2016” by Beltway Poetry. He also just finished a new trailer for the book, which you can watch here. 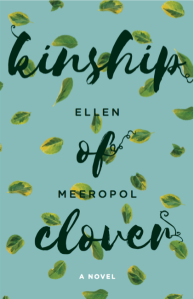 Joe M. McDermott‘s (Popular Fiction, S’11) new novel, The Fortress at the End of Time, about clones on a military listening station in deep space, comes out on January 17 from Tor.com.

Ellen Meeropol (Fiction, W ’06) is delighted to share the cover of her third novel, Kinship Of Clover. She will be signing copies at the Red Hen Press booth at AWP and reading at Politics & Prose on February 10, 6:00 p.m. 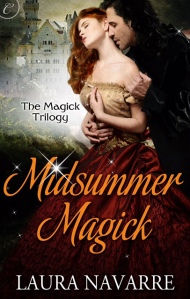 Harlequin has picked up all three books in The Magick Trilogy by Laura Navarre (Popular Fiction, W’11) for its paranormal romance DTC program. Midsummer Magick, a sexy Tudor fallen angel romance about the son of Lucifer and a secret Tudor princess, is a January 2017 release.

Bruce Pratt‘s (Fiction, S’04) full length play The King of France has won this year’s Meetinghouse Theatre Lab’s play competition and will receive a staged reading in Winter Harbor on January 21 at 7:00 p.m. at Hammond Hall, 427 Main Street, Winter Harbor, ME 04693. The event is free and open to the public and will feature a talk back with the playwright and actors following the performance. The play set in the fictional town of Hopton Maine in Aroostock County examines both the deep pull of that region on its inhabitants and its serious limitations for young people, as well as the devastating effects of isolation and abuse. For information please call 207-963-2569 or contact Schoodic Arts for All at info@schoodicartsforall.org. 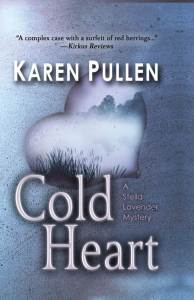 Karen Pullen‘s (Popular Fiction, S’08) second mystery novel, Cold Heart, will be released by Five Star Cengage on January 18. The series features an undercover drug agent who is pulled into a homicide investigation. In November, her story “No Falling Ribbons” was included in an anthology, Stuck in the Middle (Main Street Rag).

Brenda Cooper‘s (Fiction) novel, Edge of Dark , won the 2016 Endeavour Award, which was presented ay Orycon in November, 2016.  The Endeavour award is “…for a 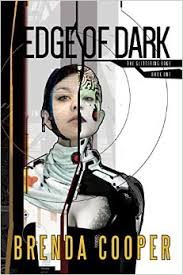 distinguished Science Fiction or Fantasy Book written by a Pacific Northwest author or authors and published in the previous year.” Edge of Dark, edited by Rene Sears, was published by Prometheus Books in 2015. The award includes a $1,000 cash award and a glass trophy.

Jim Kelly’s (Popular Fiction) story “One Sister, Two Sisters, Three” published in October in Clarkesworld (read and/or listen to it online here).  has been selected for The Year’s Best Science Fiction: Thirty-Fourth Annual Collection, edited by Gardner Dozois. This will be Jim’s sixteenth appearance in this anthology series. 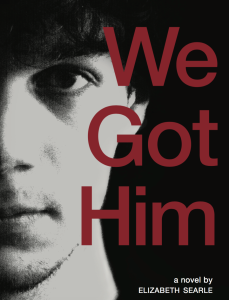 In addition to the January 4th KGB reading in New York City, Elizabeth Searle (Fiction, Popular Fiction, Scriptwriting) will read from her new novel We Got Him at the Brookline Booksmith in Brookline, MA, on Jan. 23rd at 7:00 p.m. Elizabeth’s show Tonya & Nancy: The Rock Opera completed its six-week run in Chicago, fully produced by Underscore Theater. The show was listed as one of the Top Five Musicals of 2016 by New City, which had written in its review: “The play radiates like strobe light hitting a disco ball.  Tonya and Nancy’ relates a cautionary tale of ambition, manipulation, competition and the appalling way men and women treat girls.”  For quotes, pictures, and film clips from Chicago, see: www.tonyaandnancytherockopera.com