The Young Adult novel Being Henry David by Cal Armistead (Fiction, W’07) has been listed among the “Best Young Adult Novels of 2013” by Kirkus Reviews, Mashable, and Buzzfeed.

Michael Beeman (Fiction, S’09) was thrilled to receive the Sewanee Review‘s 2013 Andrew Nelston Lytle Fiction Prize for his story “The Sleeping Santas” (written in his first semester at Stonecoast). He was also excited to see another story, “The Children Without Fathers,” published in Per Contra and to receive an acceptance letter from Volume 1 Brooklyn for “The Burglaries,” which he workshopped with Boman Desai during his master class at Stonecoast just before graduating. It was a great end to 2013!

Jennifer Marie Brissett (Popular Fiction, S’11) will be reading from her upcoming novel Elysium at the New York Review of Science Fiction Reading Series held at the Soho Gallery for Digital Art on January 7th. She will be reading along with Sam J. Miller. If you’re in town, stop by!

Mike Langworthy (Creative Nonfiction, W’11) has joined the writing staff of Instant Mom with the title Consulting Producer. Instant Mom is a situation comedy starring Tia Mowry-Hardrict, Michael Boatman, and Sheryl Lee Ralph. It follows the life of Stephanie Phillips, a 25-year-old woman forced to change her single lifestyle radically when she marries an older man and suddenly finds herself the full-time stepmother of three children. The series is produced at Paramount Studios 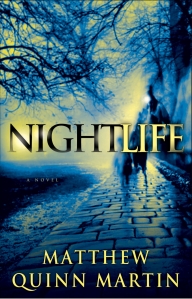 in Los Angeles and airs on Nick At Nite. Mike also continues to consult on the web series The Day Crew, which shot its first five episodes on location in Los Angeles during the week of December 8, 2013.

Matthew Quinn Martin‘s (Popular Fiction, S’10) debut novel Nightlife (PocketStar/Simon & Schuster) was selected by Badass Book Reviews as one of the top 5 horror novels of 2013 (for their “best of 2013” roundup). Earlier in the month, Matthew handed in the manuscript for the sequel Nightlife: As the Worm Turns, which is set to be released in 2014.

J.M. McDermott‘s (Popular Fiction, S’11) novel Maze is coming out in this month from Apex Books. Part of it was workshopped during his first semester at Stonecoast.

From every corner of time and space, sometimes people go missing without a trace. They never come back.

Get lost in the long stone halls of the maze with the ones that find each other, form tribes, scrape out a life from rocks and sand. Their stories interweave. Maia Station is a scientist ripped from stasis, but she has no tools to test the way things are. Instead, she raises her daughter as best she can and survives. Wang Xin once had his head dipped in water, and a djinni in the water entered his eye. He sees the future, exactly as it was supposed to be if he hadn’t seen the light, but it does him no good in the life he has. In a world much like our own, Joseph comes home from a ten-year high school reunion and encounters a light in the darkness. The light speaks.

My name is Jenny. Put me in your lung. Breathe deep.

Autumn Newman‘s (Poetry, ’09) poem “Cleave” has been accepted for publication by Cider Press Review. She currently teaches full-time at College of San Mateo in California.

Bruce Pratt‘s (Fiction, S’04) poem “In A Japanese Woman’s Photos of Paris” will appear in the next issue (#75) of Hiram Poetry Review due out in spring 2014.

Sandra Dascensao (Popular Fiction) has won an honorable mention in the Thriller category for the 2013 Writer’s Digest Popular Fiction Award for her short story “A-1 Charter.” Her story will be listed in the May/June issue of Writer’s Digest and on writersdigest.com. Sandra is a new student at Stonecoast this semester.

David Anthony Durham (Fiction, Popular Fiction) will be featured in a lengthy interview in the February volume of The Writer’s Chronicle.

Nancy Holder (Popular Fiction) sold “In Arkham Town Where I Was Bound” to Out of Tune, an anthology to be published by JournalStone in May. She is teaching The Secrets of a Satisfying Short Story, an online class for Odyssey, from January 20-February 20. 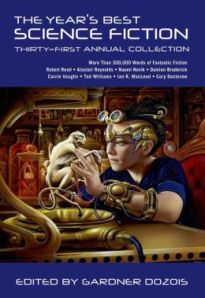 Jim Kelly‘s (Popular Fiction) story “The Promise of Space” from the September issue of Clarkesworld has been selected for a second Best of the Year collection, this one being The Year’s Best Science Fiction: Thirty-First Annual Collection edited by Gardner Dozois (St. Martin’s Griffin).

In Portland, ME, on Friday, January 24, at 8:00 p.m., The Portland Stage Company will present Mike Kimball‘s (Popular Fiction, Scriptwriting) play Bar Exam as performed by the Improvised Puppet Project. In other words, the first scene will be performed as scripted (a woman runs into her gynecologist at a singles bar), and then the puppets will take off on their own. Live theatre doesn’t get any “liver” than this. Or stranger. For details, click here. 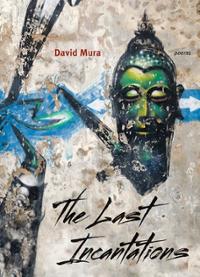 (Northwestern University Press). This fall David published two essays: “An Asian American Race Man” in Black Renaissance Noire and “Mixed Voices”/ “Ambiguously Brown” in the Asian American Literary Review. An essay critiquing the musical Miss Saigon and an essay critiquing large mainstream arts institutions recently appeared on the website Opine Season. An essay, “Asian Americans: The Front & Back of the Bus,” will appear next year in an anthology of essays on poetry and race published by University of Georgia Press.

In a recent interview with The Toronto Quarterly, Alexandra Oliver (Poetry, ’12) waxes eloquent on her new collection Meeting the Tormentors in Safeway—and explains why readings in bars and restaurants need their own handbook.

Elizabeth Searle‘s (Fiction, Popular Fiction, Scriptwriting) Tonya & Nancy: The Rock Opera is coming to Los Angeles. The show will be performed in a “rock concert” version on February 4, 2014, at the King King Club in Hollywood. The performance will be produced by Harborside Films and will serve as a benefit concert for the iconic LGBT Celebration Theatre. A full-production run of the rock opera, produced by Harborside, is in the works for later in 2014 in L.A. Check for updates at elizabethsearle.net.