Libby Cudmore (Popular Fiction, S’10) is thrilled to announce that she has accepted an offer of reprsentation from Jim McCarthy of Dystel & Goderich Literary Management.

Anthony D’Aries (Creative Nonfiction, W’09) was recently interviewed by Mason’s Road, Fairfield MFA’s literary journal. He was also invited to present at Embry-Riddle University’s President’s Speaker Series on February 26th at 7:00 p.m. The event will be broadcasted on Marc Bernier’s radio show. Additional information about the event can be found here. 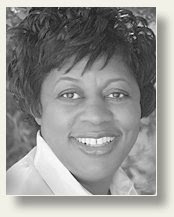 Melody Fuller (Creative Nonfiction, S’12) has accepted an invitation to attend The Symposium for Professional Wine Writers at Meadowood Napa (February 2014). This is a high honor and a testament to her assiduous work. This Symposium holds hard-to-get space for only the top writers of food and wine in the world. It is very difficult to earn a chair.

Lissa Kiernan (Poetry, S’11) announces “Praise the Poetry Barn,” a new initiative for her nonprofit organization, The Rooster Moans Poetry Cooperative, a provider of online poetry workshops. The Indiegogo campaign envisions building an energy-efficient, cooperatively run timber barn to hold poetry workshops, readings, and retreats in the Catskill Mountains of New York state. Have your name and a line of your poetry inscribed on a barn board, or claim another poetic perk of your choice, from bestselling, award-winning books to enrollment in one of our online workshops. All donations are tax-deductible to the extent provided by law.

Matthew Quinn Martin (Popular Fiction, S’10) is excited to be able to share the cover for the second novel in his Nightlife series, Nightlife: As the Worm Turns (Pocket Star/Simon & Schuster), which is set to be released in early October 2014 … just in time for Halloween.

The post-apocalyptic, transgender story “Fleet” by Sandra McDonald (Popular Fiction, W’05) was selected to appear in The Year’s Best Science Fiction and Fantasy. It originally appeared in the collection We See a Different Frontier. Sandra also attended the January launch of the TDRS space satellite at Kennedy Space Center as a social media expert. 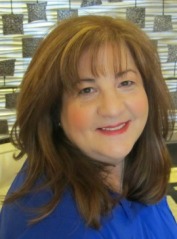 Two of Lisa Romeo‘s (Creative Nonfiction, S’08) narrative essays found homes recently. “Eyes, Hands, Hotel, Hospital” appears on Halfway Down the Stairs, and “Down at the Diner” is in the January 2014 print and digital issue of Under the Gum Tree. Both are excerpts from her memoir manuscript. An essay about finally getting a new professional photo taken (after delaying it for seven years), and mulling the meaning of a writer’s headshot, appeared on SheWrites. Lisa’s blog was included in the Best 100 Websites for Writers in 2014 at The Write Life.

Catherine Schmitt‘s (Creative Nonfiction, W’12) article based on her Stonecoast thesis, “How the Presidents Ate Their Salmon,” appears in the winter issue of Gastronomica. A PDF can be found on her website.

Gina Troisi‘s (Creative Nonfiction, W’09) memoir, Shadows on the Sidewalk, was a Short List Finalist for the 2013 William Faulkner-William Wisdom Competition for Narrative Nonfiction. She is still looking for a home for the book. Her essay “Until the Morning Comes” was recently published in Flyway: Journal of Writing and the Environment. Her essay “Our Shadows on the Sidewalks” (from which the title of the book originated) was accepted for publication in Under the Sun, due to be released in May 2014.

Karrie Waarala‘s (Poetry, S’11) heroic crown of sonnets, “Pierce & Brand: A Sideshow Diptych,” appears in the latest issue of Mezzo Cammin (along with a spare sonnet and a villanelle for good measure).

Adrienne S. Wallner‘s (Poetry, W’09) poem “The Parable of the Butchers: Taiji Cove vs. Factory Farming” is featured on the January 22, 2014, edition of New Verse News. To see what else she has been up to, please visit her website.

Genevieve Williams (Popular Fiction) has a short story in the March 2014 issue of Asimov’s Science Fiction magazine, titled “The Redemption of Kip Banjeree.” 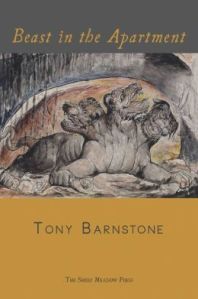 A staged reading of Mike Kimball‘s (Popular Fiction, Scriptwriting) Edgar-nominated stage play Ghosts of Ocean House will be performed at Mad Horse Theater, 24 Mosher Street, South Portland, ME, on Friday, February 7, at 7:30 p.m. and on Sunday, February 9, at 2:00 p.m. Pay-what-you-can tickets (a suggested $10 donation) are available at the door, cash and check only.

In 2013, Debra Marquart (Creative Nonfiction, Poetry) received the following awards/honors: 2013 Wachtmeister Award for Poetry from the Virginia Center for the Creative Arts (award includes an honorarium and a one-month residency at the Virginia Center for the Creative Arts, Amherst, VA); The Paumanok Poetry Award from the Visiting Writers Program at Farmingdale State College, New York; the 2013 Normal Prize for Poetry for “Kablooey Is the Sound You Hear”; short-listed for the 2013 Manchester Poetry Prize, Manchester Metropolitan University, UK. Also, her poem “Door-to-Door” was selected by Narrative Magazine as one of the “Top Five Poems” published by Narrative in 2013.

The National Post recently named Alexandra Oliver‘s (Poetry, ’12) Meeting the Tormentors in Safeway one of the top four books of Canadian poetry for 2013. Kerry Clare of The 49th Shelf discusses Tormentors in this review.

Elizabeth Searle‘s (Fiction, Popular Fiction, Scriptwriting) opera and rock opera about “Tonya & Nancy” are both being produced in February. In L.A., a second show has been added to the Rock Concert performance of Tonya & Nancy: The Rock Opera at the King King Club in Hollywood, February 4-5, libretto by Elizabeth and music by Michael Teoli, produced by The Los Angeles Rock Opera Company and Harborside Films, both shows benefitting L.A.’s iconic Celebration Theater. A full run for the rock opera in L.A. is in the works. L.A. Stonecoasters please join Elizabeth and Nancy Holder at rink-side February 4th. Media coverage for the 2014 L.A. production of the Rock Opera has included featured articles on NewsOXY (ranked a “Most Popular” article), BroadwayWorld/LA, MSN, deathandtaxes.com, and an hour on Los Angeles Talk Radio: The Sheena Mateal Experience Show. Meanwhile in Minneapolis/St. Paul, the operatta group Mixed Precipitation is performing Tonya & Nancy: The Opera, Elizabeth’s one-act chamber opera with music by Abigail Al-Doory Cross on February 20 at Amsterdam Hall, the night of the Women’s Figure-Skating finals in Sochi. For updates, please visit Elizabeth’s website.

On February 15, Suzanne Strempek Shea (Creative Nonfiction, Fiction) will be emceeing the ninth Writers’ Day at Bay Path College in Longmeadow, MA, an event that will include a talk by Stonecoast grad Helen Peppe on the sometimes-sticky business of writing the family. That night, she’ll introduce Liz Peavey (who’ll be speaking during the day on memoir and truth) as she presents her acclaimed one-woman show, “My Mother’s Clothes Are Not My Mother,” about mourning, sorting, and saying goodbye.