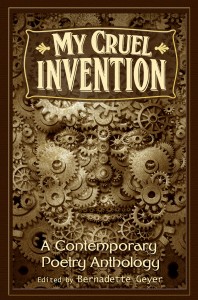 Karen Bovenmyer (Popular Fiction, S’13) could not be more thrilled to have two poems “Cadaver Feet” and “Little Bone Robot Boy” appearing in Meercat Press’s My Cruel Invention poetry anthology. “Cadaver Feet” was written for Bonnie Stufflebeam’s Art & Words show and a wonderful painting of the same name was created by Antonio Lanza to match it—both of which Karen included in her Stonecoast thesis. “Little Bone Robot Boy” was drafted at the Summer 2013 Stonecoast residency, during the writing exercise Bonnie gave us in her graduating presentation on Art & Words, and is based on an awesome painting by Antonio called The Pugilist. More of Antonio’s work can be viewed here. Karen would like to add that Art & Words is super fun and you all should consider participating next year! Karen is thrilled to be participating this fall and is currently drafting a story to accompany work by visual artist Jackson Zorn. A shortened version of her Devilfish Review story, “What the Dollhouse Said,” is being illustrated by another participant and she can’t wait to see the results! Her poem “Pseudopod” will appear in the July issue of Abyss & Apex Magazine. This poem is a pantoum inspired by sympathies for the Dunwich Horror in Lovecraft’s tale of the same name. Karen couldn’t be more excited to be appearing in the Hugo-nominated Abyss & Apex, which has also published

Stonecoaster Marian Rosarum’s “A portrait of the witch at sixteen.” Also, her flash fiction “Scavengers” will appear in Queer Sci Fi’s Discovery anthology (Mischief Corner Books), which will be available July 10. Eighty-five percent of the profits go directly to supporting diverse voices in SF and this anthology includes over one hundred 300-word stories. If you like micro-fiction and LGBTQ themes, check it out! From the editors: “Within the covers of this book, you’ll find a platypus shifter, a trans-affirming leprechaun, a pissed off unicorn, a green pickup truck with another world in its glove compartment, and a bunch of other miniature adventures—each only 300 words long.”

Bunny Goodjohn (Poetry, W’07) has been invited to join a group of visual artists at the Arrowmont School of Arts and Crafts “Pentaculum” event in January 2016. She hopes to work on a collaborative ekphrastic project with a number of the fellow artists in residence. The Pentaculum is a weeklong invitational artist residency and retreat experience in the heart of Gatlinburg, TN. 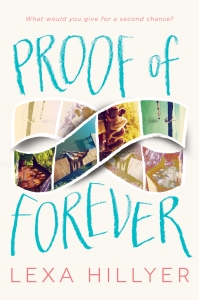 Lexa Hillyer‘s (Poetry, S’10) debut young adult novel, Proof of Forever, which has been called “The Sisterhood of the (Time) Traveling Pants for a new generation,” released on June 2nd from HarperCollins.

The manuscript of Malissa Kent‘s (Popular Fiction, S’12) fantasy novel Lark’s Flight, which many Stonecoasters had a hand in workshopping, is a finalist in the Pacific Northwest Writers Association Literary Contest. Malissa will be attending the PNWA conference in Seattle in mid-July to talk with agents and editors.

Bruce Pratt (Fiction, S’04), as editor, and New Rivers Press, as publisher, have been awarded the Gold Medal by MIPA (the Midwestern Independent Publishers Association) for the 2014 issue of American Fiction. This is the first time that an anthology has won in the Short Fiction/Anthology category.

Sean Robinson (Popular Fiction, W’14) is pleased to share that this summer is looking busy. His short story “Scander and the Red Briar Prince” is now available through Rose Red Review. Next month, “Minotaur: An Analysis of the Species” will be available through Unlikely Story, while “The Blue Tigress Deams” will be out through The Colored Lens. As always, you can follow him (infrequently) on Twitter @Kesterian.

Lisa Romeo (Creative Nonfiction, S ’08) ​has a new ​nonfiction ​piece in the June issue of Hippocampus Magazine, “Going ​Through Your Things/Superhero.” At BooksNJ in June, Lisa appeared on a panel about writing groups and ran a mini-workshop on expressing character emotions. 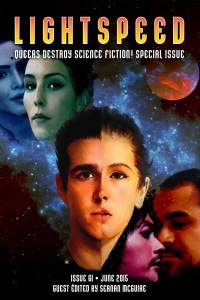 Bonnie Jo Stufflebeam‘s (Popular fiction, S’13) superhero story “Trickier With Each Translation” appeared in the Lightspeed: Queers Destroy Science Fiction special issue, available for purchase. Her original fairy tale “The Girl with Golden Hair” appeared in Beneath Ceaseless Skies. She and her partner Peter Brewer also released today the first track of their collaborative words-music album Strange Monsters on Kickstarter, where they’re raising the funds to pay for production of the project. 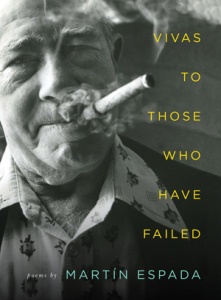 Martín Espada (Poetry, Writing for Social Change) was featured in the March/April issue of the American Poetry Review. His collection of poems Vivas to Those Who Have Failed is forthcoming from W.W. Norton in January 2016.

Wylding Hall, the new novella by Elizabeth Hand (Fiction, Popular Fiction), is available as a full-cast audiobook on Audible and will be released in a hardcover edition this month from PS Publishing.

James Patrick Kelly’s (Popular Fiction) story “Oneness: Triptych” composed of three interrelated flash fiction pieces he wrote while teaching workshops (two at Stonecoast!) appears in the July/August issue of the Magazine of Fantasy and Science Fiction. Meanwhile, in the reprint department, his story “Someday” has just been reprinted in The Year’s Best Science Fiction Thirty-Second Annual Edition, edited by Gardner Dozois from St. Martin’s Press, and his story “La Casa di Bernardo” (“Bernardo’s House”) has been translated into Italian and reprinted in Storie dal domani edited by Francesco Verso from Mincione Edizioni.

As Elizabeth Searle‘s (Fiction, Popular Fiction, Scriptwriting) Tonya & Nancy: The Rock Opera heads to NYC in the New York Musical Festival, it has drawn national and international media, including in the New York Daily News, the UK Telegraph, Hollywood Reporter, an interview on 1010WINS Radio in NYC, Playbill, Seattle Times, The Times in South Africa, music.au in Australia, Broadway World, Theater Mania, with stories forthcoming in France and on people.com, the online version of People Magazine. Jamie Frevele, on the national website Mediaite, wrote: “The saga of Nancy Kerrigan and Tonya Harding is being turned into the rock opera it deserves…That is insane and wonderful and it’s about damn time it willed its way into existence!…This is beautiful and perfect, and you’re just upset that you didn’t think of it first. Tonya & Nancy: the Rock Opera will be produced at the New York Musical Festival (NYMF) July 9, 11, 12, 14 and 16; opening night is already sold out; tickets are on sale here. In addition to the performances, songs from the rock opera were performed on June 25 at a showcase for NYMF, at Broadway Mondays on June 29, and will be performed at Broadway Sessions at the Laurie Beechman Theater on July 2 at 11:00 p.m., hosted by Broadway star Ben Cameron. There will also be showcase events at Hardware bar on June 29th, Therapy bar on July 1st, and a Songwriters’ Showcase event on July 15 at the Musical Theater Factory.