Karen Bovenmyer‘s (Popular Fiction, S’13) drabble about an unfortunate house cat entitled “What Dolls Eat” will appear in The Were-Traveler in late May/early June. She is most pleased the editor called it “damn creepy” in her acceptance letter.

Jennifer Marie Brissett (Popular Fiction, S’11) published a short story “A Song For You” on Motherboard themed from the Donny Hathaway song of the same name and the myth of Orpheus. Her novel Elysium has been placed on the James Tiptree, Jr. Award Honor List and is a Finalist for the Locus Award for Best First Novel. 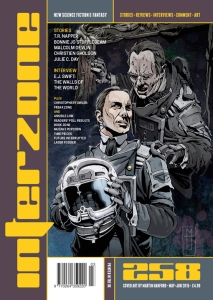 Bunny Goodjohn‘s (Poetry, W’07) first poetry collection, Bone Song, launches at the downtown YWCA in Lynchburg on June 18th at 7:15 p.m. Bone Song won the 2014 Liam Rector Prize and includes a jacket blurb from the rather fabulous Baron Wormser. The collection is available at Amazon; however, signed copies with free positive energy may be ordered from Bunny’s Etsy store.

Penny Guisinger (Creative Nonfiction, S’13) is proud to announce that her first book, a collection of micro-essays called Postcards from Here, will be released by Vine Leaves Press in 2016. Some pieces from the book have been previously published, and curious people can read online excerpts here and here.

Lesley Heiser (Fiction, S’11) won the 2015 Maine Literary Award for Short Nonfiction for her lyric essay “Saudade,” which was first published in The Stonecoast Review. She thanks Review editors Alexandria DelCourt, Alexis Paige, and others for helping to improve the piece. A shorter version was published this month in Hippocampus Magazine and is available here. Earlier this month, Lesley had a review/essay inspired by Los Angeles writer Wendy C. Ortiz’s second memoir, Hollywood Notebook, up on The Rumpus.

The High Cost of Flowers by Cynthia Kraack (Fiction, W’10) won the best literary fiction award and the best contemporary fiction award in the 2014 Midwest Book Awards held April 13. This was the 25th anniversary of the awards with books submitted by independent, small, and academic presses in a twelve-state region. The High Cost of Flowers was released by Calumet Editions.

Will Ludwigsen (Popular Fiction, W’11) appears in the July 2015 issue of Asimov’s Science Fiction with “Acres of Perhaps.”

Mary Heather Noble‘s (Creative Nonfiction, W’14) essay “Reintroduction” is featured in Issue 7: Wilderness of Minerva Rising. She will be participating in the Bread Loaf Orion Environmental Writers’ Conference in Ripton, Vermont, this month, and will be working with acclaimed environmental writer Scott Russell Sanders. Mary Heather has also been invited as a writer-in-residence for PLAYA’s “Beyond Creating: A Climate of Change,” an Art + Ecology themed artist retreat that fosters collaboration among artists and scientists around environmental issues. PLAYA is a nonprofit organization based in Summer Lake, Oregon, that supports innovative thinking through work in the arts, literature, natural sciences and other fields of creative inquiry.

The 2014 edition of American Fiction (New Rivers Press)—an annual anthology of the best new fiction from established and emerging writers, edited by Bruce Pratt (Fiction, S’04)—has just been awarded the Midwest Independent Publishers Association award for Fiction: Short Story/Anthology, the first time an anthology has won the top prize. Former Stonecoast Director Lee Hope is one of the authors in the anthology, and founding faculty member Michael C White was the finalist and prize-awarding judge. He read the submissions blind. Submissions for the 2016 are being accepted through Submittable. Details are available at the New Rivers Press web site.

Lisa Romeo‘s (Creative Nonfiction, S’08) narrative essay “Your Boyfriend’s Back” appears in the May issue of Front Porch. Lisa will present at HippoCamp 15, Hippocampus Magazine’s creative nonfiction conference in August. A preview of her session is at their blog.

Kara L. Storti’s (Fiction, S’06) debut young adult novel, Indigo in D-Town, will be released in Spring 2016 by CarolRhoda Lab, a division of Lerner Publishing Group. The book is about charming but tortured Phineas “Finn” Walt, a seventeen-year-old drug dealer who develops an unexpected friendship with an 80-year-old addict. Together they harvest and deal an unknown drug that transports the user to a favorite memory after which a “souvenir” appears from the past. The drug “hippo” is miraculous, highly addictive, and threatens to ruin Finn’s life by dredging up horrific childhood memories, tumbling him further into heroin abuse, and involving a psychopathic drug king out for blood.

Nancy Swan (Fiction, W’11) is honored to have her essay “An Internship at New Rivers Press” included in the 50th Anniversary publication of New Rivers Press titled Paper Camera. This edition is published as a celebration of the enduring quality of the small press in the face of an ever-increasing pressure by other modes of publication in the writing world. The contents are intended to highlight the dynamic range of material considered by New Rivers Press as noteworthy of finding its way into print.

Lisa C. Taylor (Poetry, ’04) is the winner of the New Works Competition at Hugo House for a flash fiction story, “Mosaic.” She will read alongside Meg Wolitzer, Justin Torres, and Amelia Gray in Seattle the end of May. Growing a New Tail, Lisa’s debut collection of short fiction, will launch late summer 2015 and in September in Dublin and Galway. The book will be published by Arlen House, distributed by Syracuse University Press.

Marco Wilkinson (Creative Nonfiction, S’13) has two new pieces out.  His essay, “A House of Swing Doors: This Future Life (Calvatea gigantea)” on mushrooms and mortality, which began and greatly profited from being in a Stonecoast workshop, is in the May issue of DIAGRAM. His piece “Some Rules for Foraging” will appear in the summer issue of Taproot. Marco was also a finalist for the Sumer Literary Seminar Disquiet program in Lisbon and will be participating in the program this summer.

Jaed Coffin (Creative Nonfiction, Fiction, Writing for Social Change) will be telling a story for The Moth, on May 30th, at a sold-out show at Portland’s State Theater. The episode will be broadcast nationally on NPR. His story will be about the brief and wondrous life of Poppins, the cat. 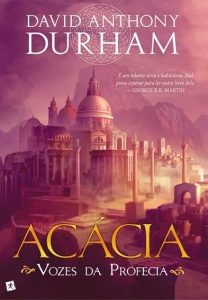 The final volume of David Anthony Durham‘s (Fiction, Popular Fiction) Acacia series comes out this month in Portugal. It’s called Acácia – Vozes da Profecia, and is the sixth book in the series, as the publisher, Saída de Emergência, divided each book into two volumes.

Elizabeth Hand‘s (Fiction, Popular Fiction) recent reviews include The Fellowship: The Literary Lives of the Inklings, in the Los Angeles Times, and Stephen King’s Finders Keepers for the Washington Post.

Eléna Rivera (Poetry, Translation) has a new poem available on-line at Essay Press in the second volume of Labor Poetic Labor!. Stephen Motika (Poetry) has written an afterword to this issue.

The New York City premiere of Elizabeth Searle‘s (Fiction, Popular Fiction, Scriptwriting) rock opera—Tonya & Nancy: The Rock Opera—now has tickets on sale. It will be produced this summer as an official full-production show at the New York Musical Festival (NYMF) with dates now announced and tickets available June 1st for NYMF pass holders and June 15th for the general public. In addition to the performances, songs from the rock opera will be performed on June 25 at two showcase events: a NYMF Preview at the World Wide Plaza, West 50th and 8th Ave in NYC, 12:00-2:15 p.m. and also a showcase in the Broadway Sessions series at the Laurie Beechman Theater, 11:00 p.m., hosted by Broadway star Ben Cameron. In addition, there will be a Songwriters’ Showcase for Elizabeth in NYC later in July, details TBA. Elizabeth will be in NYC with the show during the residency but will be at Stonecoast in spirit and hopes to see Stonecoast alums at Rinkside. Check out the coverage in Backstage and Theater Mania. For more info and updates on performances and tickets, visit the show’s website.

Bay Path University in Longmeadow, Massachusetts, will feature Stonecoast grad Elli Meeropol (Fiction, W’06) at its eighth annual “Are you a Bookie?” gathering of book clubs and book lovers, June 14, 2:00 to 4:00 p.m., at the campus, 588 Longmeadow St., Longmeadow, Massachusetts. Admission is free of charge and cake will be served. Elli will be reading from On Hurricane Island, her new novel. Several Stonecoasters are featured in the anthology that will be read from by panelist Nina Gaby, editor of Dumped. The event will include Karen Shepard as keynote speaker. She is the author of The Celestials, an historical novel inspired by the true story of 75 Chinese laborers brought to North Adams, Massachusetts, in 1870 to break a strike at a shoe factory. Emcee will be Suzanne Strempek Shea (Creative Nonfiction, Fiction), the university’s writer in residence and director of its writing program. All authors’ books will be available for sale and signing.

There is still space for writers to enroll at Iota: Short Prose Conference! Started by alum Penny Guisinger as a third semester project, Iota is now in its third year of offering high-quality writing instruction in short fiction, essays, prose poems, and all things flash and micro. You define “short”—it’s anything shorter than “long.” This year’s dates are July 23-26, and faculty are Richard Hoffman and Sarah Einstein. Come spend a long weekend writing short forms in Downeast Maine! 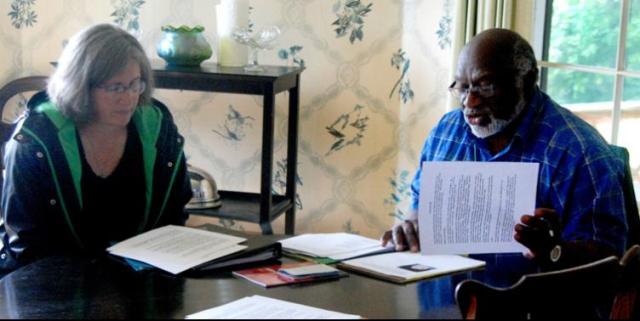 Interested in writing for the Stonecoast Community blog? We’re looking for all types of essays from alumni, students, and faculty about creative nonfiction, fiction, poetry, film, writing, MFAs, post-MFA, interviews, etc. Please contact Robert E. Stutts if you have something you’d like to share.