Elisabeth Tova Bailey (Creative Nonfiction, S’15) will have an essay in the forthcoming anthology Nature, Love, Medicine, edited by Tom Fleischner, to be published by Torrey House Press.

Patricia Barletta (Popular Fiction, W’12) will be presenting a workshop, based on her graduation presentation on using body language in fiction, at the Connecticut Romance Writers’ mini-conference, Fiction Fest, September 9-11. The conference is genre-friendly and not geared only to romance writers, so she’d love to see some fellow Stonecoasters wandering the halls.

Karen Bovenmyer’s (Popular Fiction, S’13) sexy poem “Dream Weaver” was published by the literary “The Skinny” Poetry Journal. Shhhhh, don’t tell them it was inspired by a vampire romance novel Karen’s been re-reading (J. R. Ward, anyone? Mary and Rhage 4ever!). Karen’s also very excited to be moderating four panels of the seven she’s presenting on at the GenCon Writers’ Symposium August 4-7 in Indianapolis. Stonecoast Alumni Mur Lafferty will also be presenting on panels—a good time will be had by all! Folk Horror Revival’s Corpse Roads anthology, which features two of Karen’s poems—a new one called “Effects of Moonlight” and a reprint of “So Normal and Unwritten”—is now available for purchase. Also, her flash “What the Dollhouse Said,” which was chosen as a top ten Women in Horror entry, has been reprinted in Mocha Memoirs Press’s Dark Brew: 10 Tales of Horror micro-anthology. She’s also sold a fairy-tale novella she wrote while she was a Stonecoast student called “The Beaded Slippers,” which will appear in Crimson Edge Press’s Maidens and Magic anthology. Woo hoo, being a writer is so much fun! Thanks, Stonecoast!

John Florio (Fiction/Popular Fiction, S’07) has a new article on The New Yorker website; you can read it here. His next book, One Nation Under Baseball, will be published by University of Nebraska Press in Spring 2017.

Hank Garfield (Fiction, S’04) wrote the foreword to a forthcoming book about his great-great grandfather. Murdering the President: Alexander Graham Bell and the Race to Save James Garfield, by Fred Rosen, will be published by the University of Nebraska Press on September 1. Hank is currently penning articles for Points East, a boating magazine that circulates throughout New England, and looking for a publisher for his latest novel, A Sprauling Family Saga.

Lesley Heiser (Fiction, S’11) has a short story, “La Concordia,” in the spring issue of Boulevard. Her story “Via Dolorosa” was a finalist in Boulevard’s 2016 Emerging Writers Short Story Contest.

Constance McKee (Fiction, W’13) was thrilled to win the Georgia Author of the Year award in the Science Fiction/Fantasy category for her novel The Girl in the Mirror. Many thanks to her Stonecoast mentors, especially Suzanne Strempek Shea and Boman Desai, for their excellent guidance and support.

Anne Britting Oleson (Poetry, W’05) has been selected to be one of the twenty-four 2016-17 Amtrak Writers in Residence. According to Amtrak’s press release, “Amtrak is excited to announce the selection of the second group of writers selected to participate in the #AmtrakResidency program. Over the next year, they will work on writing projects of their choice in the unique workspace of a long-distance train. The residents offer a diverse representation of the writing community and hail from across the country.” View the press release here.

Michaela Roessner‘s (Popular Fiction, S’08) novella “Ah, Sweet Mystery of Life,” about the strange outcome of a chance encounter between the great illustrator/cartoonist Winsor McCay and a very young W.C. Fields in a railway beer hall in Chillicothe in 1896, has been reprinted in the newly revived OMNI Magazine Online. The link for a free read is here.

An essay, “Romeo at Pin Oak,” by Olive L. Sullivan (Fiction/Cross Genre, S’15) appears in the summer issue of The Konza Journal. Two of Olive’s poems, “A Woman is Walking” and “Sylvia Bloody Plath,” are appearing in Sisterspeak as well.

Brenda Cooper (Fiction) has two poems, “Visitors” and “Extinction,” appearing in the Abyss & Apex, Issue 59, Third Quarter 2016. Her work is appearing beside fellow Stonecoast student David Arroyo, whose poem “Captain Volta” is in the same issue. Brenda’s 2015 novel, Edge of Dark, is a finalist for the 2015 Endeavour Award, an award given by the Oregon Science Fiction Conventions, Inc. (OSFCI) for the best science fiction or fantasy book published during the preceding year.

Ted Deppe‘s (Poetry, Coordinator of Stonecoast in Ireland) sixth book has just been published by Arlen House in Ireland. Liminal Blue comprises twelve shorter poems, a lyric essay on memory, train horns, and loss, and a book-length poem that begins with a swim after his father’s death and then explores the thresholds between land and sea, waking and sleep, and the living and the dead.  Set mostly on the coast of Connemara, the 54-page poem begins as an elegy for his parents and ends up celebrating the lives of many others, including Philip Levine, Seamus Heaney, Elizabeth Bishop, Dermot Healy, and W.G. Sebald.  The easiest way to purchase Liminal Blue from the U.S. is to order it from Kenny’s Bookshop in Galway—they offer free delivery!  The link is https://www.kennys.ie/liminal-blue.html 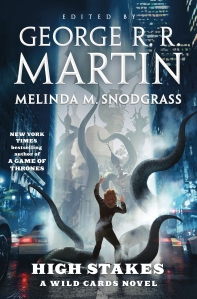 David Anthony Durham‘s (Fiction, Popular Fiction) novel The Risen has just been purchased for publication in Spanish by Ediciones B. The film rights for Pride of Carthage have been renewed by Sonar Entertainment. His multi-part story will appear next month in the Wild Card’s collaborative novel High Stakes, edited by George R.R. Martin.

Elizabeth Hand‘s (Fiction, Popular Fiction) short novel Wylding Hall just received this year’s Shirley Jackson Award for best novella. Her noir novels were covered in an article by Terrence Rafferty in The Atlantic Monthly, on the rise of women crime writers. Last month, she taught at the Yale Writers Conference. In August, she’ll be on book tour in Sweden, promoting the Swedish editions of the Cass Neary books, and will be the only American writer featured at Gotland Crimetime, the Scandinavian literary festival celebrating Nordic noir.

Jim Kelly (Popular Fiction) has sold a new novelette called “One Sister, Two Sisters, Three” to Clarkesworld, where it will appear in the Tenth Anniversary issue in October. Speaking of October, his ten minute play Glitch will receive its first production in Chicago as part of Otherworld Theater’s Paragon science fiction play festival (40 Plays in 2 Days) October 1-2.

Elizabeth Searle‘s (Fiction, Popular Fiction, Scriptwriting) forthcoming novel We Got Him was featured in The Boston Globe on July 8, 2016. Elizabeth talks with SC faculty star Breena Clark (Fiction) about the upcoming Hobart Village Festival of Women Writers (Sept 9-11) and more on this new podcast.