Katie Bryski (Popular Fiction, W’16) is honoured that her story “La Corriveau” has been nominated for the Sunburst Award for Excellence in Canadian Literature of the Fantastic. In addition, she has joined the masthead of Apex Magazine and will commence duties as their podcast producer in September.

Chelsey Everest Eiel (Creative Nonfiction, S’15) is excited to announce the August 1st opening of her newest creative venture, The Common Room.  The Common Room is a store and workshop space located in Philadelphia, where womxn-identified/nonbinary artists can show & sell their work, learn new skillsets, and gather for community events such as writing workshops and art classes. In a world where the arts are increasingly delegitimized and defunded, where women continue to battle inequality and injustice, and where community proves essential to our enduring well-being, The Common Room will be the hub of creative, womxn-driven art and events in the Greater Philadelphia region.

Bridget Eileen (Poetry, W’09)—along with poets Andrew K. Peterson, Gillian Devereux and Suzanne Mercury—are the organizers for this year’s Boston Poetry Marathon, a three-day poetry reading festival held in Cambridge. This year’s Boston Poetry Marathon will take place from Friday, Aug 18th, to Sunday, Aug 20th, at Outpost (186 Hampshire Street in Inman Square, Cambridge), and feature over 100 poets reading for eight minutes each. The now-20 year tradition continues, with Bridget and the other three organizers at the helm for the first time. It’s a great literary event, and all are welcome. Admission is free but donations are welcome to help cover venue costs. This year, several members of the Stonecoast community will be participating, as well. Please come by! Instagram: @bostonpoetrymarathon

Jeff Kass (Fiction, S’09) has taken over as the Assignments Editor for Current Magazine in Ann Arbor. If you have ideas for freelance articles of topical interest (especially locally in Michigan) and/or books you’d like to have reviewed, email him at annarboreditor@adamsstreetpublishing.com.

Ellie O’Leary (Poetry, W’17) has had an essay published in 3 Nations Anthology, a collection of writings by Abenaki, Atlantic Canadian, and Maine writers; the piece is an excerpt from her third semester project on the poet Elizabeth Bishop. Ellie will also have her poem “This Girl” included in the anthology WAVES: A Confluence of Women’s Voices organized by the A Room of Her Own Foundation. 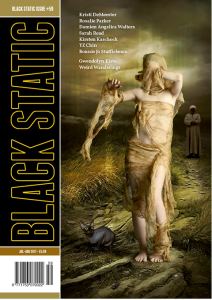 Melanie Viets (Creative Nonfiction, W’17) has an essay featured in Narrative; “Landskein” will run as a Story of the Week in early August.

“Arkteia,” a short story by Genevieve Williams (Popular Fiction, S’14), is in the latest issue of See the Elephant magazine; this was the first story she had workshopped at Stonecoast.

Carina Bissett (Popular Fiction) earned an honorable mention from the L. Ron Hubbard Writers of the Future Contest for her story “The Certainty of Silence.” In addition, her “Rappaccini’s Daughter”/”Jack and the Beanstalk” mash-up, “A Seed Planted,” was selected from open submissions for inclusion in the anthology Hath No Fury, which features the work of such notable authors as Seanan McGuire, Nisi Shawl, Delilah S. Dawson, Carol Berg, and Lucy A. Synder; Hath No Fury is scheduled for publication in September 2017. Carina is also working as a guest editor for a Hans Christian Andersen fairy tale edition at NonBinary Review. 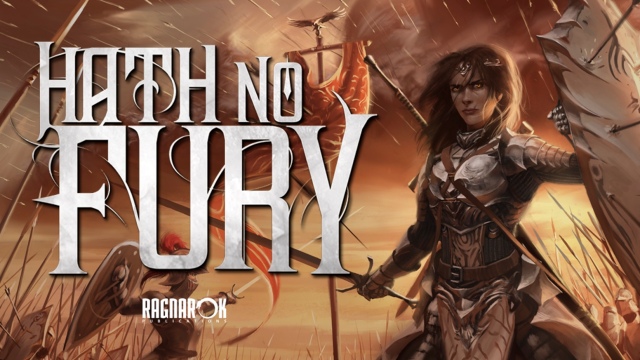 Jeanne Marie Beaumont (Poetry) will be joining Elizabeth Searle, Cait Johnson, and Cheryl Boyce-Taylor for a celebration of Stonecoast past and present in a reading at the Poetry Barn’s Third Fridays at Woodstock Library reading series at Woodstock Library, 5 Library Lane, Woodstock, NY, on Friday, August 18th, at 6:00 pm. 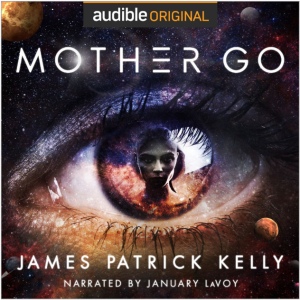 Jim Kelly‘s (Popular Fiction) new novel, Mother Go, was published in July as an audiobook original by Audible.com. It’s also available in audio only on Amazon. By contract there will be a print blackout until 2018, so if you want to find out what Jim has been up to, you’ll have to listen. This is a publishing experiment and Jim is the lab rat; he needs your help! For example if anyone feels like annotating . um . reviewing it on Audible or Amazon, Jim will be in your debt. According to Audible: “Mariska Volochova is the clone of a famed space explorer, but she rejects her mother and her heritage and wants no part of interstellar adventure. But the sweep of interplanetary politics and an affair with a Martian catches Mariska up in a conspiracy to commit a bold theft that will alter the future of space colonization. Mariska must put her life on the line again and again if she is to discover who she is and what her true destiny must be. In his first new novel in more than 20 years, Hugo, Nebula, and Locus Award winner James Patrick Kelly has crafted a hard science techno-thriller that never loses its focus on the conflicted emotional life of Mariska, a true citizen of the posthuman 22nd century.”

Elizabeth Searle (Fiction, Popular Fiction, Scriptwriting) is featured on Women’s Watch on WBZ Radio (Boston; CBS affiliate) in an interview about her book, theater and film projects. The show was broadcast on July 4th and is available online here. In addition to the Poetry Barn reading noted above, Elizabeth will be reading from her novel We Got Him in the BookBreeze series at the Duxbury Public Library in Duxbury, MA, on the Cape on August 2nd at 7:00 p.m. In September, Elizabeth is offering an intensive beginner’s writing workshop at Breena Clarke’s Hobart Village Festival of Women Writers; please visit the website for more info.