The Stonecoast MFA community will host a special fall reading event at 2:00 p.m. on Saturday, November 18th, at Arts at the Armory in Somerville, MA. The featured readers will be:

Arts at the Armory is located at 191 Highland Avenue between Davis and Union Squares. There is plenty of parking. Following the reading will be a talk back with the audience and a reception. We look forward to seeing you there!

Michael Beeman (Fiction, ’09) published his short story “To Fall and Rise Again” in the fall issue of storySouth.

Jennifer Marie Brissett (Popular Fiction, S’11) has a letter addressed to the late author Octavia E. Butler in Luminescent Threads: Connections to Octavia E. Butler, a collection of essays and letters co-edited by Alexandra Pierce & Mimi Mondal and published by Twelfth Planet Press. She also has a story in the anthology Welcome to Dystopia edited by Gorden Van Gelder that is now available for pre-order. And last—but most certainly not least—she will be reading from her new upcoming book at the KGB Fantastic Fiction with our own James Patrick Kelly on October 18th!

Lauren M. Davis (Poetry, S’15) has worked as an adjunct professor at numerous colleges and universities since graduation. For Fall 2017, she designed, wrote, and is teaching Indiana Institute of Technology’s first creative writing course to ever be offered by the institution. She is the Keynote Speaker at the Poetry Society of Indiana’s annual writer’s conference, which will occur in October 2017. She was the writer-in-residence in Hypatia in the Woods’ Holly House in summer 2016. Her poems have appeared in several literary journals. This year, four of her poems were featured in 2River, Matador Review, and Hoosier Lit. She was just nominated for Best of the Net literary anthology by Matador Review for her poem “Martin’s Guilt”. 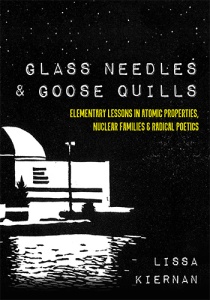 Matthew Quinn Martin (Popular Fiction, S’10) is thrilled (albeit EXHAUSTED) to report that, after two solid weeks of overnight shoots, production on the feature film he co-wrote, Being, has wrapped. The movie, which features Lance Henriksen (Aliens, Near Dark, Millennium), Robert John Burke (Stephen King’s Thinner, Law & Order: SVU, Oz), Ahd (Collateral, Wadjda) and Ben Browder (Farscape, Stargate: SG1, Guardians of the Galaxy Vol 2, Arrow, Doctor Who) now movies into post-production with an eye to widespread release in the spring of 2018.

Ellen Meeropol‘s (Fiction, W’06) third novel, Kinship of Clover, was selected as a Great Group Reads for 2017 by the Women’s National Book Association. Ellen is also pleased to announce that Straw Dog Writers Guild will present the Abel Meeropol Social Justice Writing Award to Stonecoast’s own Patricia Smith at a ceremony in Holyoke, MA, on November 12. Details at http://www.strawdogwriters.org/abel-meeropol-award.

From August through October 2017, Jenny O’Connell‘s (Creative Nonfiction, S’17) short nonfiction poetry collection, “Home of Air,” was featured in Surface First Tilts West—an interactive outdoor art installation on Little Chebeague Island in Casco Bay, Maine. Curated by visual artist Jordan Kendall Parks, the exhibition was a multi-medium body of work that encouraged the audience to engage with each piece: crawling under a canvas and listening to a poem read aloud, sitting atop a bench with fabric inspired by traditional southern quilting that houses a poem regarding a relationship with “home,” listening to a recording along a trail, or climbing a giant oak tree and viewing a suspended reading.

Suri Parmar (Popular Fiction, W’17) has been selected for the Reykavik Talent Lab for rising filmmakers, which will take place at the Reykjavik International Film Festival in October 2017. During the lab, she will be pitching her thesis screenplay Mostly Harmless as a feature film concept to industry consultants and professionals.

Bruce Pratt‘s (Fiction, S’04) poems, “Pandora at the Grocery Store,” “Rain Dimples the Pond,” and “A Grosbeak in the Simmer Dim,” will appear in Tipton Poetry Journal.

Lisa Romeo (Creative Nonfiction, S’08) is teaching a one-day intensive, “Where it Happens: Writing Place and Setting in Creative Nonfiction,” for the Cedar Ridge Writers Series, in Bedminster, NJ, on November 4. The Brevity Blog published Lisa’s piece, “Teaching: A Little Brevity By My Side,” as part of a series on Brevity in the writing classroom, to mark the journal’s 20th anniversary.  Lisa presented twice at the recent HippoCamp17: Conference for Creative Nonfiction Writers. At the conference website, you can view the accompanying slide shows for the breakout session Submission Strategy – Beyond Wish Lists, Tiers, and Industry Buzz, and the “lightning round” talk, I’ll Take Titles for a Thousand, Alex.

R. M. Romero (Popular Fiction, S’15) is pleased to announce that her debut novel, The Dollmaker of Kraków, is now available from Penguin Random House’s Delacorte Press imprint. The novel was originally her MFA thesis.

A story, “Southern Gal,” by Tamra Wilson (Fiction, S’11) appears in the premiere issue of the journal Teach.Write.

Elizabeth Hand (Popular Fiction, Fiction) was a participant at the 75th annual Worldcon in Helsinki, where she was interviewed for a feature on her feminist writings in Helsingin Sanomat, Finland’s largest newspaper. Her recent collection of essays and fiction, Fire, received excellent reviews in Rain Taxi (where Stonecoast got a shoutout) and Tor.com. She’ll be appearing in the D.C. area at the Fall for the Book Festival, as well as reading at The Potter’s House in D.C. She has a short story in the forthcoming anthology Mixed Up.  Recent book reviews include Robin Sloan’s Sourdough for The Washington Post. 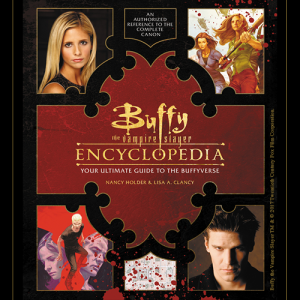 PopFic faculty member Nancy Holder‘s new Buffy the Vampire Slayer Encyclopedia is on sale everywhere! Written with the original editor and creator of the Buffy publishing program at Simon and Schuster, the encyclopedia covers the Buffy and Angel TV series and the comics canon (including After the Fall, Angel and Faith, and Spike). Watch/listen to a review here. She was interviewed on September 29th by “Bonnets at Dawn” about her adaptation of Elizabeth Gaskell’s short story, “The Old Nurse’s Story,” to be published in the forthcoming comic book series Mary Shelley Presents. Copies of the limited edition of the comic will be on sale at Gaskell’s home in Manchester, England.

Jim Kelly (Popular Fiction) has placed a new far-future novelette set on a starship called “Grace’s Family” with the online magazine Tor.com: it will be published sometime in 2018. His near future story about digital immortality “And No Torment Shall Touch Them” debuts October 15 in Asimov’s Science Fiction Magazine. He has also adapted a lecture on H. G. Wells and time travel that he gave at the winter residency for his regular column in Asimov’s; it’s called “Remembering Bertie.” Jim continues to be interviewed as he promotes his new novel Mother Go. He is on the cover of the October issue of the print magazine Locus and talked about his career as a writer and teacher at Stonecoast for the podcast Eating the Fantastic.

Elizabeth Searle (Fiction, Popular Fiction, Scriptwriting) will be Writer-in-Residence at Bay Path University October 15-21. On October 15th, at Bay Path Writer’s Day, Elizabeth will appear on a panel with star Stonecoast alum Ellen Meeropol; the panel, Swimming the Currents, will focus on using “current event” topics in fiction. On October 22nd, an excerpt from the opera Seven Rabbits on a Pole (libretto by Elizabeth and music by Pasquale Tassone) will be performed at the 15th annual fundraising concert Music to Cure MS from 3:00-5:00 p.m. at 50 Paul Revere Rd, Arlington, MA. On October 26th, Elizabeth will be a featured author, along with Andre Dubus III and Margot Livesey, at the Worcester Public Library annual fundraiser; copies of Elizabeth’s newest novel We Got Him will be gifts at the fundraising auction. For updates, please visit www.elizabethsearle.net.

Elizabeth Searle and Suzanne Strempek will read from their collection Soap Opera Confidential: Writers and Soap Insiders on Why We’ll Tune in Tomorrow, As the World Turns Restlessly by the Guiding Light of Our Lives on Saturday, October 7th, 1:00-2:00 p.m., at the Irish Cultural Center of Western New England, 429 Morgan Road, West Springfield, MA. Also reading will be soapy contributors Tommy Shea and, via Skype from Co. Galway, Ireland, Nuala Ni Chonchuir. The event is free and open to the public, and will be an opportunity to visit the newly renovated venue, which includes an Irish-themed pub and restaurant. Copies of Soap Opera Confidential, and other books by all four authors, will be available for sale before and after the presentation.

Suzanne will be one of the hosts for Bay Path University’s Writers’ Day on October 15th at the main campus, 588 Longmeadow St., Longmeadow, MA. Join other aspiring and published writers for our 16th Writers’ Day featuring Patricia Reis, Charles Coe, Elizabeth Searle, Ellen Meeropol, and Meredith O’Brien. Registration and Check-in begins at noon, in D’Amour Hall for Business, Communications and Technology, and continues throughout the sessions:

Session One: “Mining the Personal for your Nonfiction” with Patricia Reis
1:00 – 2:15 p.m.
Author, visual artist, filmmaker and therapist Patricia Reis will discuss using personal experiences, memories, documents, letters, diaries and more as you craft nonfiction of any length. Topics will include using personal elements and materials in nonfiction rather than fiction, how resources can be gathered, what it’s like to present a relative’s story – and your own – so candidly, and dealing with family reactions while a project is in process and after it’s published. Patricia is the author of the award-winning memoir Motherlines: Love, Longing and Liberation, which weaves the story of Patricia’s coming of age as a woman, feminist and artist with that of a beloved aunt whose life as a nun included social justice work in 1970s Latin America.

Session Two: “Standing Your Ground: Thoughts on Reading in Public” with Charles Coe
2:35 – 3:50 p.m.
For writers who want to become more comfortable and effective reading their work in public, Charles Coe is the man to see. The award-winning poet and singer will describe tools and techniques that can help in preparing and delivering a reading. He’ll also work with a few volunteers willing to read before the group and be coached on their presentations. Don’t miss this great opportunity to read and up your reading game.

Session Three: “Swimming With the Current” with Ellen Meeropol, Elizabeth Searle and Meredith O’Brien G’17
4:10 – 5:25 p.m.
Join Massachusetts authors Ellen Meeropol (Stonecoast alum!), Elizabeth Searle (Stonecoast faculty!) and Meredith O’Brien as they discuss how current events in their hometowns and in the larger world have inspired their engrossing fiction and nonfiction. Incorporating topics including cults, racial diversity, the Boston Marathon bombings, human trafficking and a community in grief, the trio’s work will get you thinking about how to use current events as your own springboard. Bring writing materials for a brainstorming session.