Please mark your calendars for the Stonecoast reunion, July 14-17 in Brunswick, Maine! The planning committee has been hard at work, and we’re excited to announce the schedule of events. We’d like to thank all of you who submitted proposals for readings and seminars!

To see the full events schedule and register to attend the reunion, please visit the site here. All alumni who register by May 15th will receive a beautiful Stonecoast MFA coffee mug! 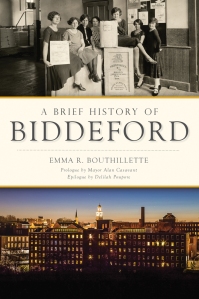 Emma Bouthillette (Creative Nonfiction, S’12) is pleased to announce her first book, A Brief History of Biddeford, is scheduled to launch June 12, 2017. In this work of nonfiction published by The History Press, Emma explores four centuries of her hometown and its evolution from fishing port to booming mill town to a city re-imagined. Visit her website www.EmmaBouthillette.com for further information about the writer, the book, and news updates for Maine reading and signing events.

Karen Bovenmyer (Popular Fiction, S’13) had a great time at StokerCon the last weekend of April with other Stonecoasters Alumni and Faculty. She presented as a panelist on “Power Writer: How Games Can Level Up Your Fiction” and “Beat Sheets and Novel Outlines” at StokerCon and gave a paper titled “Shirley Jackson and the Fear of Ordinary People” as part of the Ann Radcliffe Academic Conference. Karen attended her first novel-signing fair on April 8 for Swift For The Sun and people seemed to enjoy her pirate ship decorations. She was interviewed on local radio station 89.1 FM KHOI’s Community Bookshelf show on April 11. Viva la Stonecoast!

Julie C. Day‘s (Popular Fiction, S’12) short story “Raven Hair” can be found in the most recent issue of The Cream City Review. “Raven Hair,” among other things, is a riff on fairy tales, the seething resentment of a certain type of lover, and the

Florence Grende‘s (Creative Nonfiction, S’08) memoir The Butcher’s Daughter has been nominated a finalist for the Eric Hoffer New Horizon Prize, which recognizes “superior work by a debut author.” Winner to be announced in May.

Lesley Heiser (Fiction, S’11) published a work of literary journalism, “Growing Season,” on The Rumpus, where it was the debut story in the new series Torch, on the refugee and immigrant experience in America.

Please check the story out here.

Who says you can’t teach an old dog new tricks? Novelist Ellen Meeropol (Fiction, W’06) has two recent essays published: “Losing Mom and Finding Flo” in The Writer Magazine, April issue, and “Fiction and the Costs of Activism” for the Powell’s Bookstore Blog. She will be reading from her new novel, Kinship of Clover, on May 16 at PRINT Bookstore in Portland. 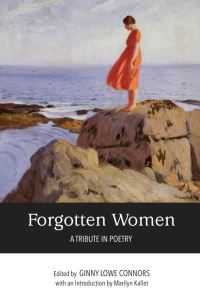 L​isa Romeo (Creative Nonfiction, S’08) is now represented by Joelle Delbourgo Associates Literary Agency. Lisa’s longform essay, “An Attractive Portal to Uncertainty,” appears in the new print issue of the journal Harpur Palate (Vol. 16, No. 1). In early May, Lisa is teaching a one-day workshop, “The Art of Short Nonfiction Prose,” in Bedminster, New Jersey, sponsored by Tiferet Journal. Her lyrical, second person essay, “From Boys to Men.” kicked off Motherwell ​Magazine’s Motherhood and Waiting series. ​Her ​essay​, “Why Can’t It Be Me?,” is part of a new anthology, The Book of Hope: 31 True Stories from Real People Who Didn’t Give Up (Silver Owl Publications). And something light, “March Madness with my Son: Why I Love this Crazy Month” ​was on the Grown and Flown ​website during the NCAA tournament.

Linda K. Sienkiewicz (Fiction, S’09) is super excited to announce that her debut novel, In the Context of Love, has won its FOURTH finalist award: the 2016 Sarton Women’s Book Award from Story Circle Network. Also, Linda is in the 2017 Metro Detroit cast of the nationwide live storytelling event, Listen To Your Mother. Linda will be sharing the story of how she coped with the suicide of her eldest child in 2011.

Kara Storti‘s (Fiction, S’06) YA novel, Tripping Back Blue, won a 2017 Independent Publisher Book Award (IPPY) gold medal in the Young Adult Fiction category. The IPPY Awards, launched in 1996, are designed to bring increased recognition to the deserving but often unsung titles published by independent publishers. The contest drew approximately 5,000 entries from across the world. 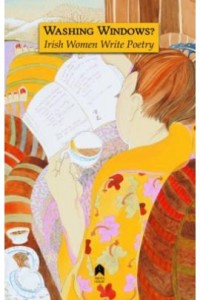 Lisa C. Taylor (Poetry, ‘04) has a poem in the recent anthology Washing Windows? Irish Women Write Poetry, published by Arlen House in honor of Eavan Boland and Catherine Rose who both played a part in the beginning of this wonderful Irish literary press. Annie Deppe also has a poem in this anthology! Lisa will offer a workshop: She Did What? Surprise in Fiction on May 13 at 10:00 a.m. at the Clickspace in Northampton. This event is sponsored by Straw Dog Writers Guild and the public can register for this event; this will be a generative workshop. She will also be offering a workshop on Hybrid Writing (mixing genres) at the Stonecoast Alumni Reunion July 14-17. I hope to see some of you there!

Erin Underwood (Popular Fiction, S’09) is a nominee for the Best Fanzine Hugo Award with her co-editors of Journey Planet. Her edition of Journey Planet featured a historical look back at 54 years of Boskone, New England’s longest running science fiction and fantasy convention. The Hugo Awards, presented annually since 1955, are science fiction’s most prestigious award and are voted on by members of the World Science Fiction Convention (“Worldcon”), which is taking place in Helsinki, Finland, this August.

The trade paperback version of David Anthony Durham‘s (Fiction, Popular Fiction) The Risen is now out from Anchor Books. On June 6th, David will be featured in the Mosesian Arts Center’s Earfull series in Boston . He’ll be reading along with Jayne Anne Phillips in an evening of words of and music. He’d love to see some Stonecoast faces at the event! 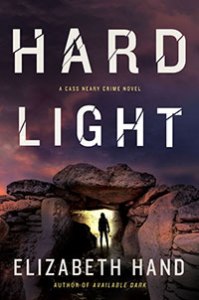 Elizabeth Hand (Popular Fiction, Fiction) was a Guest of Honor at Stokercon, in Long Beach, along with George R.R. Martin and Stonecoast’s own Nancy Holder, the convention’s toastmaster. Hand’s novel Hard Light is a finalist for the Bran Stoker Award. She did a podcast interview for Wired.com, talking about her recent book Fire and her experiences with a government think tank, researching the future of fire management in an environmentally challenged age. Forthcoming reviews include Jeff Vandermeer’s Borne, for The Los Angeles Times.

Elizabeth Searle’s (Fiction, Popular Fiction, Scriptwriting) novel We Got Him has been chosen as one of three finalists for the 2016 Midwest Book Awards in Fiction. The awards have been running for 27 years by the Midwest Independent Publishing Association; winners will be announced in May. In April, Elizabeth was interviewed about We Got Him on Urban Update (Channel 7, NBC Boston), Woman Watch (forthcoming on WBZ-AM radio, Boston), and WATD-FM, the South Shore News show. On April 30, she and Suzanne Strempek Shea have their book launch for Soap Opera Confidential at Newtonville Books in MA, featuring star readers including Stonecoast alumna Brenda Sparks Prescott. On May 11th, Elizabeth will read from her novel We Got Him at the Kittery Library in Kittery, ME, at 6:30 p.m. Finally: in Chicago, the Jeff Awards for Theater featured two nominations—Best Actress and Best Supporting Actress—for the 2016 Chicago production of Elizabeth’s Tonya & Nancy: the Rock Opera.