Karen Bovenmyer (Popular Fiction, S’13) is thrilled her flash “What the Dollhouse Said” was chosen as a top ten by Mocha Memoirs Press for their Women in Horror anthology. Furthermore, her poem “Keep Hugo Stormed” will appear in issue 20 of Eye to the Telescope Magazine. Stonecoast is still one of the best things that has ever happened to her and she gives thanks for each of you every day.

Julie C. Day‘s (Popular Fiction, S’12) “The Woman in the Woods”—a story that concerns itself with disasters, orphan trains, and siblings—can be found in the online journal Necessary Fiction. Episode 421 of

StarShipSofa also came out in February and features Julie’s narration of Fiona Moore’s story “The Metaphor.”

Elaine R. Flory (Popular Fiction, W’16) has been accepted to and is attending Green Mountain College’s MS in Environmental Studies program with a concentration in Writing and Communications. Living in Jamestown, NY, she is currently seeking a local volunteer position in an environmentally oriented nonprofit organization. Still pursuing creative writing as well, Elaine is looking forward to joining Pennwriters in the spring, and she plans on debuting some of her new eco-fiction at a weekly Pennwriters critique group in nearby Erie, PA.

A review of Two Faint Lines in the Violet (Negative Capability Press) by Lissa Kiernan (Poetry, S11) was published in the January/February 2016 issue of Women’s Review of Books.

John Christopher Nelson‘s (Fiction, S’15) short fiction piece, “Mag-Lite,” will be featured in the upcoming issue of the Chiron Review.

Alexandra Oliver‘s (Poetry ’12, also ex-faculty) second trade collection Let the Empire Down will be released through Biblioasis this spring and will be supported by a cross-Canada tour, including stops in Toronto, Mississauga, Kingston, Windsor, Peterborough and Vancouver. Poems of Alexandra’s have recently appeared in Partisan and the anthology Best Canadian Poetry 2015 (Tightrope Books). On a different note, Alexandra will be embarking on her PhD studies (in English and Cultural Studies) this fall at McMaster University.

Tamie (Harkins) Parker Song (Creative Nonfiction, S’12) has started a new podcast with friends in Sitka, AK. The podcast is called Meet the Love Dorks and is all about finding love on a remote Alaskan island! You can find the show here. 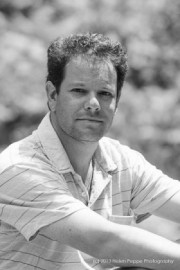 Richard Squires (Fiction, S’14) published three stories last year: “The Best Friends Anyone Could Want” is in Upender: Art of Consequence; “The Soldier’s Relief” is in the Summer 2015 issue of The MacGuffin; and “Jews Don’t Believe in Hell” is in The Jewish Literary Journal.

The new trailer for Jacob Strunk‘s (Fiction, W’07) feature documentary The Green Standard debuted Super Bowl Sunday. You can see it here. And please follow the Facebook page for updates and festival information throughout the year.

Nancy Swan (Fiction, W’11) has recently been given the honor of winning the Dana Award in Fiction for the first forty pages of her novel, Escalante Moon. Receiving notification on her birthday was the greatest gift ever!

Julie VanDeKreke (Scharf) (Creative Nonfiction, S’10, best class ever!) will have her work featured in this upcoming publication of Mused: Online Literary Review, including two photographs, one poem, and a short nonfiction piece titled “Daddy’s Flowers.”

Brenda Cooper‘s (Fiction) book Edge of Dark is a finalist for the Phillip K. Dick award for distinguished science fiction published in paperback original form in the United States. The award will be announced at Norwescon on March 25th in Seattle, WA. For more about the award, see http://www.philipkdickaward.org.

Elizabeth Hand (Fiction, Popular Fiction) was featured in a February 27th article in UK newspaper The Guardian on why women writing about violence and sex is still considered transgressive, and she spoke at Anglia Ruskin University, Cambridge, UK, on the future of the novella as a literary form. Her recent reviews include Charlie Jane Anders’ All the Birds in the Sky for The Los Angeles Times, and works by Peter Straub, Glen Hirschberg, and Victor Lavalle for The Magazine of Fantasy & Science Fiction. On April 1, she will be at the Rubin Museum in New York City as part of Brainwave 2016, an annual series which pairs artists with neuroscientists for onstage conversations about consciousness and creativity—she and Dr. Carl Bazil will discuss parasomnia and the nature of fear. Hand’s forthcoming novel, Hard Light, has just received strong advance reviews from Kirkus and Publishers Weekly. 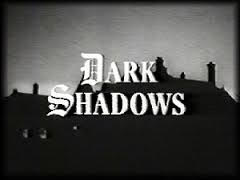 Debra Marquart’s (Creative Nonfiction, Poetry) craft essay, “Tell It Cool: On Writing with Restraint,” is forthcoming the Spring issue of The New Ohio Review (Issue #19). She has co-edited an anthology of flash sequences with Robert Alexander and Eric Braun. Nothing to Declare: A Guide to the Flash Sequence (forthcoming from

White Pine Press on April 12th, 2016) is a ground-breaking anthology of cross-genre work that includes linked prose poems, narrative sequences, lyrical essays, koans, fairy tales, and epistolary addresses. It contains the work of over fifty writers, including Nin Andrews, Jennifer Kwon Dobbs, Marie Harris, Jim Harrison, Gian Lombardo, Julie Marie Wade, and Gary Young. Also, Debra’s poem “Small Buried Things” has been published in Fracture: Essays, Poems and Stories on Fracking in America, co-edited by Taylor Brorby and Stefanie Brook Trout, recently published by Ice Cube Press. Fracture brings together a choir of established and emerging writers, giving voice to the complexities of hydraulic fracturing across the United States. During a time in which so much information is known about fracking, art is needed to move the public consciousness and national conversation towards better land practices. 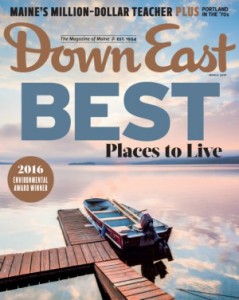 In an essay in the March issue of Down East, Suzanne Strempek Shea (Creative Nonfiction, Fiction) looks back on the pre-cool Portland she knew as an art school student in the 1970s. She thanks those who offered comments after she read an early draft of this at the January residency. Suzanne also is looking forward to the thirteenth Writers’ Day at Bay Path University in Longmeadow, MA, where she is writer in residence. The April 16th day of lectures on writing and publishing will include presentations by Stonecoast alums Bunny Goodjohn and Lisa C. Taylor. Both authors’ books, including Bunny’s newest novel The Beginning Things and Lisa’s new short story collection Growing a New Tail, will be available for sale throughout the day.