The Task Before Us: Writing Truth to Power
Stonecoast MFA invites you to join Pulitzer Prize finalist Martín Espada (Poetry, Writing for Social Change) and award-winning writer Cheryl Clarke for an interactive discussion interrogating the intersection of creative writing and participatory democracy. Join us at 7:00 p.m. on Friday, January 18th, at the Harraseeket Inn in Freeport, Maine, to listen, question, and reconsider where you stand. 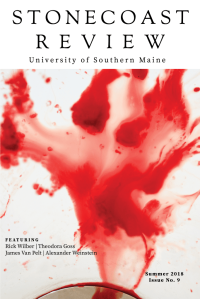 Nina Lichtenstein (Creative Nonfiction) is excited to be a new writing coach for the Young Writers and Leaders program at The Telling Room in Portland, ME, where she is also an editor of their “Stories” on-line publication. The Telling Room is a non-profit whose mission is to help young writers ages 6-18 to find their voices and share them with the world. She also is grateful to have completed her first round as a first reader for the Stonecoast Review: A Literary Arts Journal, an experience she found to be enlightening, since there’s nothing like seeing how it works on the other side of the submit/publish process. While in Norway this fall (writing away for her workshop submissions!) she published an essay in Klassekampen (Norway’s largest liberal/cultural newspaper)—in Norwegian—about the importance of meeting “the other” in the battle against racism and antisemitism. The non-profit organization Narrative 4, founded by Colum McCann, has asked for it to be translated, because in her essay she sheds light on their ground-braking work using storytelling as a tool for breaking down prejudice and building what they call “radical empathy.”

Tom Coash (Playwriting, Dramatic Arts) has received an HBMG Foundation playwriting fellowship to attend the National Winter Playwriting Retreat 2019 in beautiful Creede, Colorado, where he will be working on his play Cry Havoc. 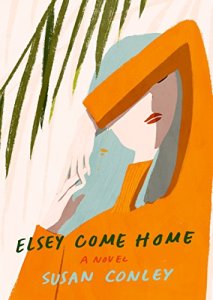 Susan Conley’s (Fiction, Creative Nonfiction, Writing for Social Change) new novel Elsey Come Home will be published on January 15th with Knopf. The book received a Starred Review from Publishers Weekly and is an Oprah Magazine “Ten Books to Read” for February, a Marie Claire Magazine “Best Fiction for 2019” pick, a Southern Living “Best New Books Coming Out Winter 2019” pick, a Fodor’s “2018 Holiday Books” pick, and a Library Journal “Pre-Pub Pick for January.” A book launch event will take place on January 17th at Mechanics Hall in Portland (6:00-9:00 p.m.), to which the Stonecoast Community is heartily invited. 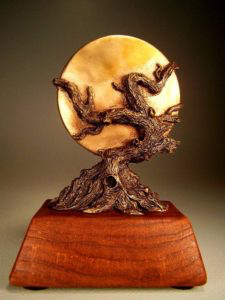 Nancy Holder (Popular Fiction) has been selected as a judge for the World Fantasy Awards. The World Fantasy Convention will be held in Los Angeles from October 21-November 4. The other judges are Stephen Graham Jones, Kathleen Jennings, Garry Douglas Kilworth, and Tod McCoy.

Amanda Johnston (Poetry, Writing for Social Change) was recently interviewed by Cindy Huyser as part of her feature at the Bookwoman 2nd Thursday Reading Series. Read the interview here.

Elizabeth Beechwood (Popular Fiction, S’14) is pleased to announce that her short story “The Painted Ponies of Wiley Creek” was included in Not a Pipe Publishing’s anthology, Strongly Worded Women. Many thanks to everyone at the Ireland Howth residency (Winter ’17) for their input, especially Ted Deppe, as well as Stonecoasters Sarah Flynn Parke, Genevieve Williams, and Andrea Adams.

Katie Bickham’s (Poetry, S’13) second book of poetry, Mouths Open to Name Her, was selected by Louisiana Poet Laureate Ava Leavell Haymon for inclusion in her Barataria Poetry Series. It will be published by LSU Press in February 2019. 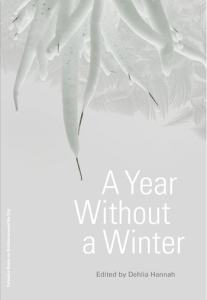 Brenda Cooper (Fiction, S’17) is pleased to announce the publication date for A Year Without a Winter from Columbia University Press. She worked as a fiction editor for the book alongside Arizona State University editors Joey Eschrich and Cynthia Selin through the ASU Center for Science and the Imagination. The four fiction stories in this mix of fiction and essays about climate change include work by Tobias Buckell (now a faculty member at Stonecoast), Nnedi Okorafor, Nancy Kress, and Vandana Singh. 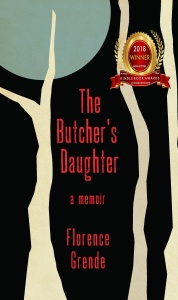 The Butcher’s Daughter: A Memoir by Florence Grende (Creative Nonfiction, S’08), has won the 2018 Kindle Book Award for Non-Fiction. The memoir had previously won the Reader’s Digest 2017 Book Award and received Honorable Mention in the Eric Hoffer 2017 awards.

Penny Guisinger’s (Creative Nonfiction, S’13) piece “The Five C’s” received a Pushcart nomination. The piece appeared as part of the Voices of Addiction feature at The Rumpus in September 2018.

Lesley Heiser (Fiction, S’11) recently published a review of Nicole Walker’s Sustainability: A Love Story on the Brevity blog. Her essay “Rose” is forthcoming in Diagram magazine. She’s enjoying a new behind-the-scenes experience as a nonfiction reader for Carve Magazine.

Gail Hovey (Creative Nonfiction, S’11) read “Lost Change,” an except from her memoir What Goes by the Name of Love, at the Brooklyn Film & Arts Festival Nonfiction Award Event on December 21, 2018, in Brooklyn Heights. She was a finalist for the award and is seeking an agent for her memoir, begun at Stonecoast.

Two Stonecoasters are involved in Sleuthfest (Boca Raton, FL, March 14-17), the conference for mystery writers organized by the Florida Chapter of Mystery Writers of America. GOH is T. Jefferson Parker. Other guests include Alexia Gordon, Alex Segura, Tom Straw, and Elaine Viets. There will be half-a-dozen editors and agents taking pitches. Michael L. Joy (Popular Fiction, S’13) is Conference Co-Chair. Alison McMahan (Popular Fiction, W’10) will teach a workshop “Practice Your Pitch” Thursday, March 14, 2019, at 10:45 am. She will also appear on the panel “Back to School: Writing for Middle Grades & Young Adults” Saturday, March 16, 2019, at 10:30 am. 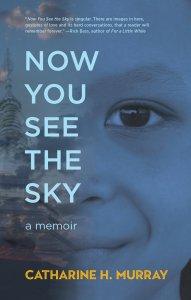 Catharine H. Murray’s (Creative Nonfiction, S’17) television interview with Portland’s Rob Caldwell of 207 will air the first week of January on WCSH. Her recent radio interview with Bill Radke of KUOW in Seattle can be heard in the third part of this show. Catharine will be reading from her memoir Now You See the Sky in Camden at the Public Library on Sunday, January 13th, at 2:00 p.m. Local memoirist and USM writing professor Liz Peavey will join Catharine in conversation about Now You See the Sky and memoir writing at the Portland Public Library Lunch and Learn on Wednesday, January 30th, from 12:00-1:00 p.m.

Bruce Pratt‘s (Fiction, S’04) short-story collection The Trash Detail from New Rivers Press is now available in stores and online. His poetry chapbook Forms and Shades is due mid-January from Clare Songbirds Publishing. Schoodic Arts for All will present some of his one-act plays as part of their summer program in Winter Harbor, Maine, during the first two weeks of August 2019. And Bruce’s short story “Eastern Bluebird” is in the newest edition of Portland Monthly Magazine. 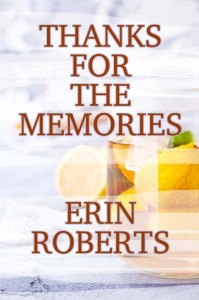 Erin Roberts (Popular Fiction, W ’18) ended 2018 with something a little different—the release of her first game. “Thanks for the Memories” is a short work of interactive fiction available online at Sub-Q Magazine. Bonus story notes can be found on her website, as can her summary of all her published work in 2018. Happy new year to all!