Eric M. Bosarge (Popular Fiction, W’12) is happy to announce that Medallion Press has acquired his novel The Time Train. It will be released in 2016.

Jennifer Marie Brissett‘s (Popular Fiction S’11) debut novel Elysium has been listed as a Locus New and Notable Book and also has been nominated for the 2014 Philip K. Dick Award. She will be reading and signing with Carlos Hernandez at the NYRSF Reading Series in SoHo on February 3rd. 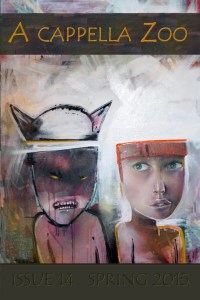 Julie C. Day‘s (Popular Fiction, S’12) story “The Church of Forgotten Gods” is out in the latest issue of the magazine A cappella Zoo.

Lesley Heiser (Fiction, S’11) recently enjoyed having her first flash fiction publication at Stirring: A Literary Collection. She’d love for you to read “Speaking in English, Speaking in Sudanese” here. Her memoir piece, “Saudade,” which was originally published in the Stonecoast Review, will be reprinted in Hippocampus Magazine in May 2015. Her email is lesleyheiser@yahoo.com. 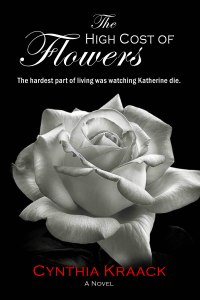 It has been a busy six months for Cynthia Kraack (Fiction, W’10). Leaving Ashwood, the final book in the dystopian Ashwood trilogy, was released by North Star Press. In December, Calumet Editions released The High Cost of Flowers, a literary novel. The opening chapters of this book were reviewed in workshop sessions at Stonecoast. The High Cost of Flowers follows a family adapting to the rapid decline of its matriarch from heart disease and dementia.

Sandra McDonald (Popular Fiction, W’05) sold the story “The Cthulhu Navy Wife,” a Lovecraftian mash-up, to the anthology The Mammoth Book of Cthulhu for publication later this year. She tweets about markets, writing tips, and more @sandramcdonald. 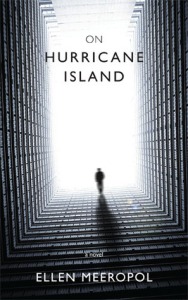 Ellen Meeropol‘s (Fiction, W’06) second novel, On Hurricane Island, will launch on March 3 at the Odyssey Bookshop in South Hadley, MA, with events scheduled in Massachusetts, Virginia, New York, Texas, Minneapolis, and Calfifornia (full event schedule here). Former Stonecoast faculty member Walter Wetherell writes that “Meeropol takes on the complexities and dangers of contemporary life in a novel that starts fast and ratchets up the tension all the way to the end.” On Hurricane Island can be pre-ordered from Red Hen Press.

Michaela Roessner-Herman (Popular Fiction, S’08) just wrapped up a year of serving as one of the judges on the 2014 Philip K. Dick science fiction award panel.

Bonnie Jo Stufflebeam (Popular Fiction, S’13) had three original stories out in January: “He Came From a Place of Openness and Truth” in Lightspeed (cross-published on io9), “Everything Beneath You” in Beneath Ceaseless Skies, and “Nostalgia” in Interzone. “The Damaged” was reprinted in Story; it first appeared in the January 2014 issue of Interzone. Her story “Six Ways to Break Her” appeared on SmokeLong Quarterly, accompanied by her mother’s artwork. 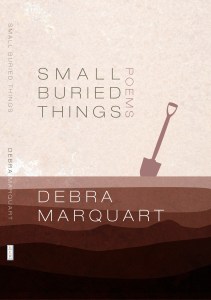 Debra Marquart’s (Creative Nonfiction, Poetry) poem, “Lament,” was published in New Letters Magazine (Issue 81.1) in December of 2014 and was nominated for a Pushcart Prize. She was awarded the 2014 Paumanok Poetry Award from Farmingdale State College, New York, and in November 2014 she read from her prize-winning work at the college. She was invited by the North Dakota Humanities Council to travel in North Dakota for six weeks in January and February of 2015 to do field research and teach creative writing workshops in several communities impacted by the oil boom.  The name of the project is Our People. Our Places. Our Stories. 2015. Debra’s poetry collection, Small Buried Things, will be published by New Rivers Press in March of 2015. 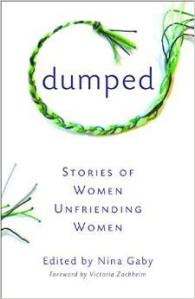 Elizabeth Searle (Fiction, Popular Fiction, Scriptwriting) joins fellow Stonecoasters Kristabelle Munson, Alexis Paige, Judith Podell, Penny Guisinger and Julie L. Vandekreke as contributing authors in the new anthology Dumped: Stories of Women Unfriending Women, which is now available as a pre-order on Amazon and which was reviewed as “gripping from beginning to end” on MomsRising. Watch for news of an AWP reading for this anthology:  www.elizabethsearle.net

Suzanne Strempek Shea (Creative Nonfiction, Fiction) looks forward to welcoming Ted Deppe and Annie Deppe at Bay Path University in Longmeadow, Mass., where they’ll visit classes for a week. The university, where Suzanne is writer in residence, well host a reading by both Ted and Annie Feb. 12 at 7:00 p.m. in Breck Suite on campus. The event is free and open to the public. Copies of books by both Ted and Annie will be sold.

On Feb. 14, Ted will speak on “Taking It All the Way to Coleman’s: On Abandoning the Good for the Marvelous” at  the university’s eleventh Writers’ Day. Other speakers will include Stonecoast alum Penny Guisinger, who’ll talk about grant writing, and former Stonecoast faculty member Roland Merullo, who’ll talk about conquering the demons of the blank page. Information including schedule, fees and how to register is available at http://www.baypath.edu/news-and-events/writers-day

The Irish Times recently published an essay by Suzanne and an excerpt from her book This Is Paradise: An Irish Mother’s Grief, and African Village’s Plight and the Medical Clinic That Brought Fresh Hope to Both, about the work of Irishwoman Mags Riordan and the medical clinic she founded in Malawi in memory of a son who drowned there. Southern Maine readers interested in meeting Mags Riordan are invited to the Maine Irish Heritage Center, at the corner of State and Gray Streets in Portland, March 24 at 7:00 p.m. Mags will give and update on the clinic. Copies of This Is Paradise and craft items from Malawi will be offered for sale. The center will be charging a $5 admission fee.