STONECOAST AT AWP 2020
Are you attending AWP 2020? Stonecoast MFA will host a gathering from 6:00-7:30 p.m. on Thursday, March 5, at The Rose Bush (2301 San Pedro Ave, San Antonio, Texas 78212). We’ll have free appetizers, a short reading in honor of our new WISE (Writing for Inclusivity and Social Equity) program, and plenty of time to socialize and reconnect. The venue is BYOB. We hope you’ll join us!

ALUMNI WORKSHOP AT THE STONECOAST 2020 SUMMER RESIDENCY
This June, Stonecoast will once again offer a personalized writing experience for our Alumni. Held in conjunction with the Stonecoast summer residency, Elizabeth Hand will lead workshops that get alums to immerse in their writing within a peer setting again. This post MFA workshop is open to fiction writers of all stripes—short stories, novels, mimetic fiction, genre fiction, autofiction, meta-fiction et al. Participants will focus on both old and new work, with an aim towards polishing the former as well generating new ideas and expanding notions of what fiction is and can be in the 2020s. The conference fee includes four 2.5-hour workshop sessions, plus full access to all presentations, seminars, readings, pop-up classes, receptions, and special events. Participants will also have the opportunity for a one-on-one meeting with a literary agent.

Martha McSweeney Brower (Creative Nonfiction, W’19) shared this information for anyone interested in submitting to Maine Seniors or Maine Women: 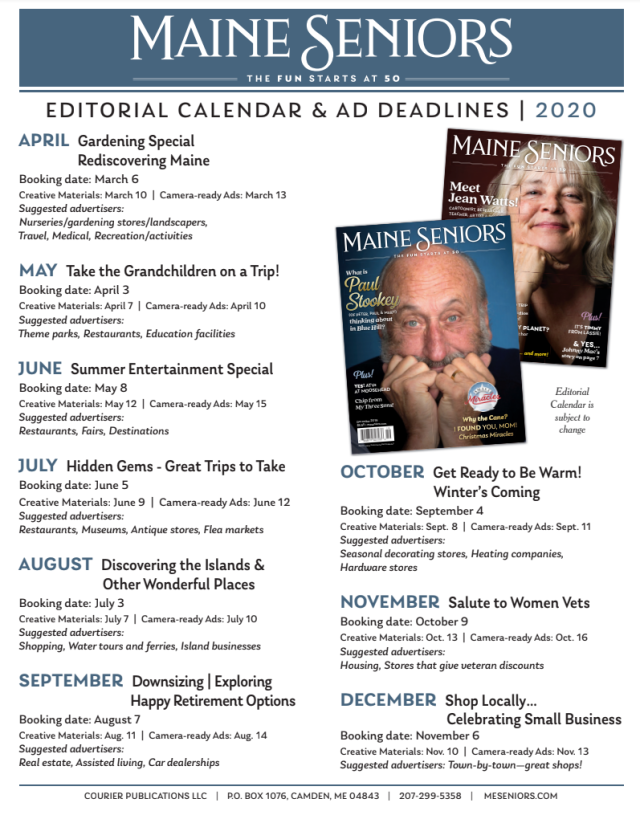 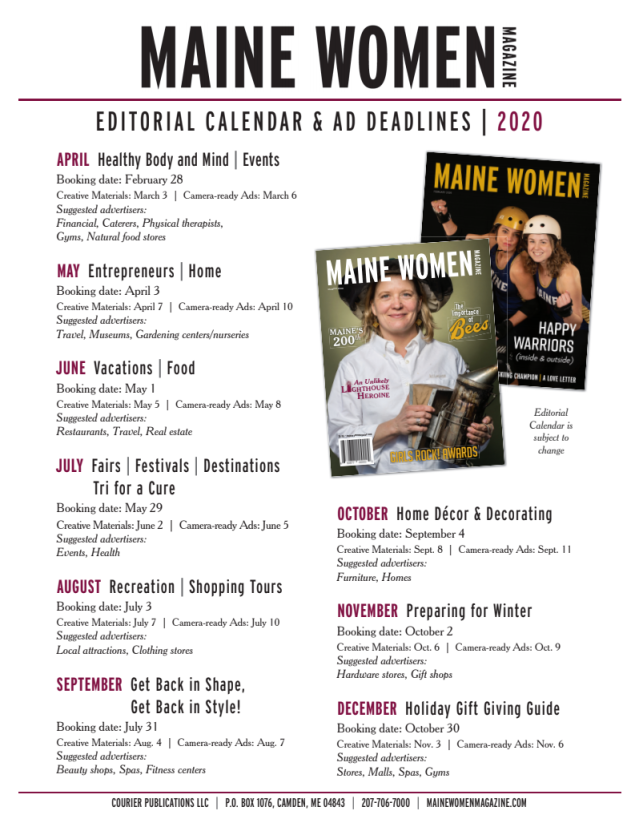 Nina Lichtenstein (Creative Nonfiction), a.k.a. The Viking Jewess, recently had a food essay published in

The Canadian Jewish News, which was fun, because when she had originally submitted a version of it to a Maine food pub, they asked her to remove references to her Jewish background, which made her (pissed off) pull the submission. You can read the brief food essay here.

Tom Coash‘s (Playwriting, Dramatic Arts, Writing for Social Change) play Bubble, Bubble will be produced in Sydney, Australia, as part of the worldwide Short & Sweet Festival. His short musical Stepping Into Fire will be produced at the National Performing Arts Academy in Johannesburg, South Africa.

John Florio (Creative Nonfiction, Popular Fiction, Writing for Social Change) writes about sports, crime, and social issues. In February, he wrote a feature for ESPN’s The Undefeated: Rube Foster was the Big Man Behind the First Successful Negro Baseball League. His next young-adult book is due out in 2021; it will tell the controversial story of Sacco & Vanzetti, two Italian anarchists wrongly convicted of murder and later executed in Boston, MA.

Aaron Hamburger (Fiction, Creative Nonfiction) talks about his novel Nirvana Is Here and all things Nirvana in an interview with Rolf Potts for the podcast Deviate.

The Los Angeles Review of Books and The Boston Review recently profiled Elizabeth Hand (Popular Fiction, Fiction) and her novel Curious Toys. On February 29th, Leap Day, she and bestselling Swedish novelist Niklas Natt och Dag appeared at The English Bookshop in conversation about their fiction (and a mutual fascination with artist Henry Darger). Hand’s new story “The Owl Count” will appear in the forthcoming issue of the literary magazine Conjunctions.

Nancy Holder (Popular Fiction) was invested into the august company of the Baker Street Irregulars, a worldwide literary society whose 300 members devote themselves to the Sacred Writings (Sir Arthur Conan Doyle’s stories of Sherlock Holmes).  Her investiture name is “Beryl Garcia,” a character in the novel The Hound of the Baskervilles. She was invested in January at the annual Baker Street Irregulars Dinner at the Yale Club in New York City. In other news, Kymera Press, Nancy’s comic-book publisher, is holding a Kickstart to create a trade paperback out of four of her comic book adaptations of short stories written by women during the long nineteenth century. Nancy also wrote the introduction for three books:

The February 2020 TheatreZone production of Elizabeth Searle’s (Fiction, Playwriting, Popular Fiction Scriptwriting) Tonya & Nancy: The Rock Opera, starring Broadway’s Andrea McArdle, was reviewed as an “exemplary show…Seeing a scandal unfold never felt so good.” Elizabeth received a generous shout-out in the same review: “It all seemed bizarre beyond belief nearly 30 years ago, and someone had the brilliant idea to deliver it in a joyous theater package. We can credit playwright Elizabeth Searle for that and thank you, thank you, thank you.” Elizabeth was thrilled to work with Andrea, the original ANNIE, who earned raves in her dual role as the Mom(s). The show received media coverage in the Naples Daily News, including an interview with Elizabeth, and on the Naples ABC affiliate, Channel 7, featuring an interview with the show’s stars. New productions are in the works; for updates and pictures, see www.tonyaandnancytherockopera.com. 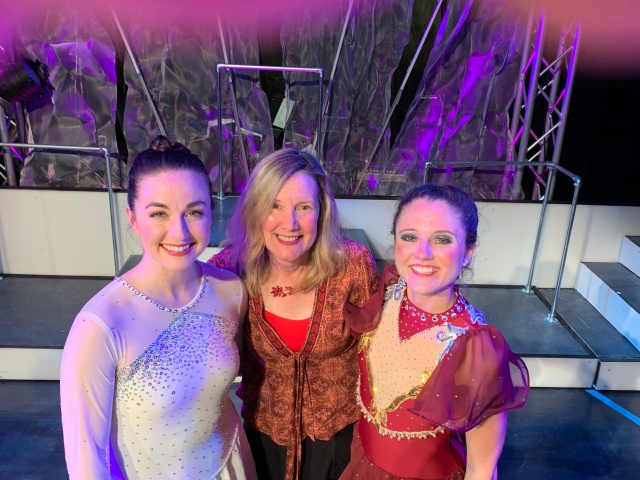 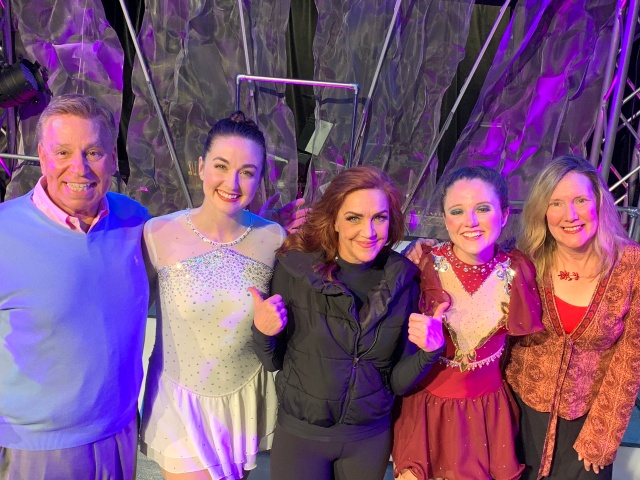 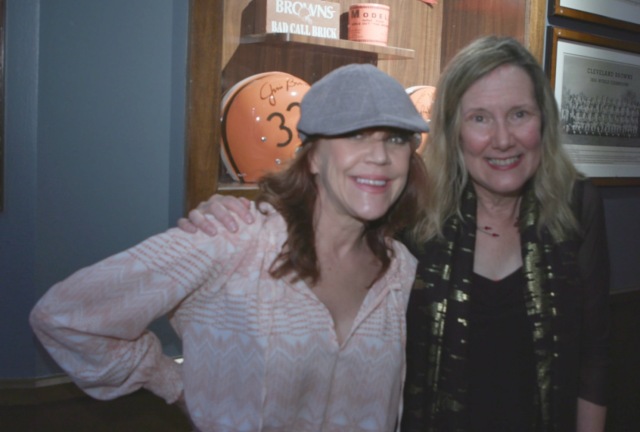 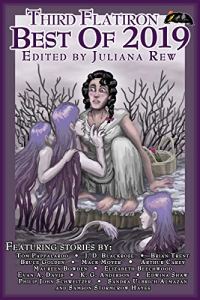 Elizabeth Beechwood (Popular Fiction, S’14) is happy to announce that her story “Yes, Yes, Yes, We Remember” was selected for the Third Flatiron Best of 2019 anthology with an illustration of the Rusalka on the cover. You can listen to “Yes, Yes, Yes, We Remember” as a free podcast, too. Also, Elizabeth’s short story “Just Beyond the Shore” was included in the Stoker-nominated anthology Nox Pariedolia. This sale is especially sweet because a long-ago draft was included in Elizabeth’s submission to and workshopped at Stonecoast!

KT Bryski (Popular Fiction, W’16) has a story in the upcoming anthology Invisible Threads, from Apex Publications. Engaging a wide array of marginalized creators, Invisible Threads interrogates and deconstructs the social, cultural, and economic ties that hold us back. The Kickstarter runs until March 18th—see here for more information and backer rewards! She will also be assisting at the PodCastle booth at Toronto ComiCon, March 20-22. Come listen to PodCastle episodes and catch a hilarious live show!

Lauren M Davis (Poetry, S’15) is teaching courses in English writing, creative writing, and philosophy at the University of Saint Francis and Indiana Institute of Technology.

Teacher/Pizza Guy, poetry collection by Jeff Kass (Fiction, S’09), has been named a Michigan Notable Book for 2020. Here is a link to an article about it in MEA Magazine.

Alan King (Poetry, W’13) created two videos for his poems “Beacon” and “Into the Light.” Both poems were inspired by his experience as an organ donor when his wife lost kidney function because of lupus.

Paul Kirsch (Popular Fiction, W’11) has been nominated for a Nebula Award for his writing on The Outer Worlds, a dark sci-fi satire about consumerism and corporate greed in space, full of fun shooty combat and opportunities for creative roleplay. His fellow nominees include Leonard Boyarsky, Kate Dollarhyde, Chris L’Etoile, Daniel McPhee, Carrie Patel, Nitai Poddar, Marc Soskin, and Megan Starks. This is the second year the Nebula has recognized video game writing.

Kristin Leonard (Fiction. S’18) published an academic article, “First-Person Adolescent Storytellers and Virginia Tufte’s Artful Sentences: Syntax as Style.“ The article is a re-constructed version of her third-semester project. It begins with the opening line: “I first discovered Virginia Tufte’s Artful Sentences: Syntax as Style while preparing for a fiction workshop with Breena Clarke at the University of Southern Maine’s Stonecoast MFA creative writing program…”

Emily Levang’s (Creative Nonfiction, S’19) article “Can We Protect Nature by Giving It Legal Rights?” was recently published in Ensia.

Ellen Meeropol (Fiction, W ’06) will be a featured reader at the upcoming AWP on a panel discussing novels about families torn apart by history and war. Her essay on the same subject, “When They Take the Children,” was recently published in Mom Egg Review. Her fourth novel, Her Sister’s Tattoo, will be published on April 7, 2020.

Bruce Pratt‘s (Fiction, S’04) short story “Last Rites” appears in the February March issue of Portland Monthly Magazine, on newsstands now, and two of his poems, “I Know Why a Man” and “In this year of stingy snow and illness,” appear in the most recent edition of The Maine Edge. 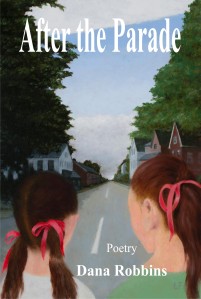 After the Parade, a second book of poetry by Dana Robbins (Poetry, W’13), was published by Moon Pie Press of Westbrook Maine. The book is available for purchase here.

Lisa Romeo (Creative Nonfiction, S’08), has a flash list essay, “Marriage by the Numbers,” in the 10th anniversary issue of The Writers Circle Journal. She has additional essays forthcoming in Tiferet Journal and Flash Nonfiction Food. In late April, Lisa will appear on a panel presentation, “The Borderlands of Grief,” at The Calandra Italian American Institute’s Annual Conference in New York City with authors Nancy Caronia and Joanna Clapps Herman.

Morgan Talty‘s (Fiction, W’19) story “The Citizenship Question: We the People” will be published this spring in The Georgia Review‘s special issue on the 2020 U.S. Census. Talty’s two short craft essays, “Story, Speak” and “One-Edit,” will also appear in Shenandoah.

Christopher Watkins‘ (Poetry, W’08) poems “We Take Our Color From The Mines,” “The Sea Was Never A Friend To Us,” and “We Are Forced To Face One Another” have been accepted for publication by The Write Launch and will be included in the March 2020 issue. Additionally, Christopher, under his performance name “Preacher Boy,” has just released his 12th album, entitled See No Evil (Coast Road Records). The album is now available across all digital music platforms. Coast Road Records has published an Enhanced Lyric Booklet to complement the album’s release, which is now available for Kindle or as a free PDF.