The event also includes Lloyd Schwartz, Danielle Legros George, Dorothea Lasky, and Eileen Myles, among many notable participants. Friday night will be a special look back on the history of the Boston Poetry Marathon and include a tribute to the late Kevin Killian from Lee Ann Brown and Tony Torn. The organizing team includes Bridget Eileen; the other artistic director, Suzanne Mercury; and two new organizers, Xtina Strong and Christina Liu.

In total, close to 150 poets will be reading their work during the three-day event. More information can be found here.

Natalie Harris-Spencer‘s (Fiction) creative nonfiction essay that she read at the Stonecoast Winter Residency open mic has been published in The Satirist. “The Great British Guide to Dining Out in America” is written by a Brit who moved to the U.S. two years ago and has been figuring out how to eat successfully here ever since.

JJ Amaworo Wilson‘s (Fiction, Popular Fiction, Writing for Social Change) essay “Black and Blue: The Uses of Anger” and his poem “Six Epitaphs for the Jazz Man” were published in July in the literary/arts journal The Bored Friday Project: Volume Five. His short story “Nazaré” will appear in the literary magazine A Public Space in the fall.

Elizabeth Hand’s (Popular Fiction, Fiction) forthcoming novel The Book of Lamps and Banners received a starred review from Kirkus, saying, “Cass Neary is a tough, self-destructive character who still exudes compassion, courage, and love for the beauty and the pain of life—even more so because she recognizes its impermanence. Part Club Dumas, part The Girl with the Dragon Tattoo, all punk attitude and beautiful ache.” Recent reviews include Ursula Hegi’s The Patron Saint of Pregnant Girls for The Washington Post.

Katherine Larson (Poetry, Creative Nonfiction, Writing for Social Change) has been awarded the 2020-2021 Sowell Collection Fellowship. Offered in conjunction with colleagues in the Southwest Collection/Special Collections Libraries, the purpose of this award is to foster creative work and expression in the spirit of Texas Tech’s Sowell Family Collection in Literature, Community and the Natural World. Writing with a profound respect for the grandeur of the land, Sowell Collection writers are deeply engaged with questions of land use and the nature of community, the conjunction of scientific and spiritual values, and the fragility of wilderness. 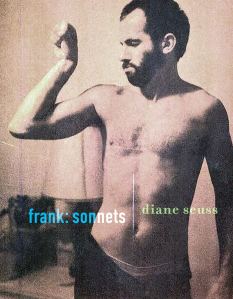 Diane Seuss (Poetry) has been named a 2020 Guggenheim Fellow. Her fifth book of poems, frank: sonnets, will be published by Graywolf Press in March 2021.

Peter Adrian Behravesh (Popular Fiction, W’18) narrated Prashanth Srivatsa’s story “Seven Dreams of a Valley” for the July 2 episode of Beneath Ceaseless Skies. You can listen to it here.

KT Bryski (Popular Fiction, W’16) has a story in Lightspeed this month entitled “The Bone-Stag Walks.” She is also a finalist for the Aurora Award for her work co-chairing the ephemera reading series; the Auroras will be streamed live at 7:00 pm ET on August 15th.

Darcy Casey (Fiction, W’19) has two recent publications: her flash CNF “My Sister and Other Big Things” was a finalist to the Big Sky, Small Prose Flash Contest and is published in issue 92 of CutBank. She also has a flash fiction piece, “Portrait of a Young Woman During Quarantine,” in the June 2020 issue of Brilliant Flash Fiction.

Jess Flarity (Popular Fiction, S’18) is chairing his very first conference panel on nonbinary gender in science fiction at next year’s NeMLA. The conference takes place in Philadelphia, March 2021, and is currently planned to be a hybrid (meaning presenters can join remotely via Zoom or in-person), and he encourages any current Stonecoast students or alumni interested in academic scholarship in the area of Gender and Women’s Studies to submit a proposal by September 30th.

Veda Boyd Jones (Fiction, S’17) has three articles in the 2021 Harris Farmer’s Almanac, now in the magazine section of your favorite drugstore, grocery store, or bookstore.

Paul Kirsch (Popular Fiction, W’11) has been writing for Peril on Gorgon, a noir mystery set in the Outer Worlds that will be available on September 9th. His next project is Avowed, a new game in the Pillars of Eternity setting that will one day be available on Xbox and Windows 10. 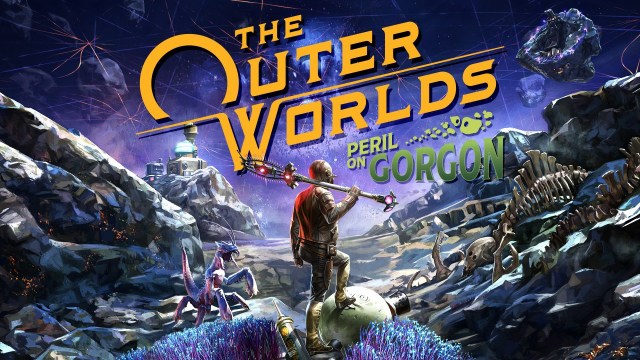 Linda Morrow’s (Creative Nonfiction, S’13) book Heart of This Family: Lessons in Down Syndrome and Love will be available for pre-order/purchase in August 2020. The book description:

1966, the Beatles and Leave It To Beaver reign, the Vietnam War and Civil Rights rage, feminism is unheard of, and Linda’s first baby is diagnosed with Down syndrome. Determined to raise Steve at home, along with his two younger brothers, Linda tries to fulfill cultural norms as a homemaker, a woman whose voice is seldom heard or valued. But it isn’t in her nature to be meek.

Linda struggles to provide Steve an education at a time when disability rights don’t exist. Her advocacy focuses first on integrating him into the community, then, as he grows into adulthood, landing a real job and independent living.

Over these same decades, Linda learns to advocate for herself as well, starting with a career in public school education. When she unexpectedly falls in love with a woman, her life path takes unforeseen turns. Linda must dig deep to accept her new identity before she is read to meet her true solvate. Throughout, unwavering love for all her sons is her lodestar.

“The Fifth Direction,” an essay (and photos!) by Tamie Parker Song (Creative Nonfiction, S’12) appears in the July issue of Terrain.org and can be found here. It is about commercial fishing in Bristol Bay, Alaska—and it troubles the waters.

Kevin St. Jarre‘s (Popular Fiction, S’10) short story “Chuligani” has been accepted for the summer issue of Solstice Literary Magazine, due out in August 2020.

Lisa C. Taylor (Poetry, S’04) hosted two successful literary Zoom events featuring Irish writers in July. The first was with Alan McMonagle, author of the new novel Laura Cassidy’s Walk of Fame (Picador). The second event took place on July 21 and was part of the Virtual Irish Arts Expo, sponsored by the Irish Heritage Society of Milford, and it featured both Lisa and Irish writer Geraldine Mills, whose new verse memoir, Bone Road, was a focus. Lisa’s review of this collection was just published in Live Encounters, an online Irish review site. Additionally, Lisa has a new poem forthcoming in Bacopa Literary Review; it will be included in a collection to be published in late 2021. The biggest news of all is an offer on Lisa and her husband’s longtime home in Connecticut and a pending move to Mancos, Colorado, a tiny mountain town in the Four Corners area. Lisa and her husband will be heading to Colorado in early September to join their daughter and son-in-law in this gorgeous area near Mesa Verde National Park. They will be in a temporary space until November when the renters of their house will move out. Internet may be erratic during this transition time.

Eugenio Volpe (Fiction, W’05) was interviewed in The Massachusetts Review as a contributor to their summer issue.

Adrienne S. Wallner (Poetry, W’09) has signed a publishing contract with Finishing Line Press for her first poetry collection, To the 4 a.m. Light.  Several poems in her book were created and honed during her time at Stonecoast.  Adrienne’s work can be found here.