Melanie Viets (Creative Nonfiction, W’17) is currently a guest editor at the UK magazine The Learned Pig. Her “Root Mapping” section is an exploration of mapping place instead of space. What is sparked when today’s mapping is guided by a desire for connection and beauty instead of domination, when maps are living creations that arise from engagement and attention? Submissions of poetry, literary nonfiction, photo essays, and interviews are all welcome through October 31st.

CALL FOR SUBMISSIONS: The Way of the Laser: Future Crime 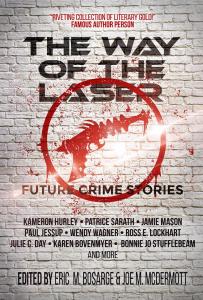 Vernacular Books, an indie press venture created by Joe McDermott (Popular Fiction, S’11) and Eric Bosarge (Popular Fiction, W’12) is pleased to announce they are accepting submissions for the anthology The Way of the Laser: Future Crime stories.

What we’re looking for:

Crime stories that take place in the future. Preferably these stories will go beyond simple murders or capers to reveal something about how technology and the powers that wield it have changed our world. Is poisoning the nanobots responsible for programming the ads in your neural feed a crime? Is organized crime society’s only hope or responsible for its downfall? Consider what will constitute a crime and what unique problems it poses for your characters.

Keep in mind what is criminal behavior one day may be legal the next and vice versa. We want to see people caught up in the pitfalls of society ruled by corporations, ideologies, and demagogues and what lengths they will go to when there simply is no other choice.

Wow us with your original idea and blow us away with your writing.

To support this project via Kickstarter, visit https://www.kickstarter.com/projects/vernacularbooks/the-way-of-the-laser-future-crime-stories 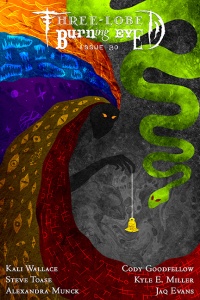 David Anthony Durham (Fiction, Popular Fiction) has signed a new book deal with Tu Books for his middle-grade solar-punk fantasy novel, The Shadow Prince. It won’t enter the world until some time in 2021, but he’s happy. In November, he’ll be a guest at the first Reno Pop Culture Con.

Aaron Hamburger‘s tour for Nirvana Is Here rolls on, with stops at Literati Bookstore in Ann Arbor, at 7:00 p.m., Thursday, October 3rd; a reading and conversation at the Fall for the Book Festival at George Mason University at noon on Friday, October 11th; an appearance at the Rainbow Book Fair in New York on Saturday, October 12th; and a stop in Arlington, VA, for the Readings on the Pike reading series, Wednesday, October 15th at 7:30 p.m. Aaron will also be featured as part of the Detroit Public Library Author Series on Sunday, October 27th at 2:30 p.m., and will participate in the National Press Club Book Festival On Friday, November 1st. Keep up with all of Aaron’s latest events here. 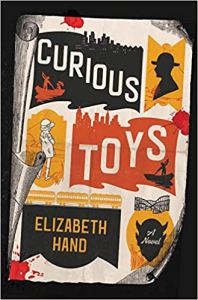 Elizabeth Hand’s (Popular Fiction) novel Curious Toys, out October 15th, has received glowing early reviews, including raves from Publishers Weekly and Kirkus and starred reviews in Booklist and Library Journal, as well as advance praise from Audrey Niffenegger, Sarah Weinman, Peter Straub, and Bradford Morrow, among others. Liz will be appearing at the Strand Bookstore in New York City on October 16th, in conversation about the book with Benjamin Dreyer; at Solid State Books in D.C. with Michael Dirda on October 17th; at Anderson’s Bookstore in Chicago with Sarah Weinman on October 24th; and at the WORD Festival in Blue Hill, Maine, on October 26th, where she’ll be in conversation with Joe Hill and Laura Miller. Her forthcoming reviews include Rene Denfeld’s The Butterfly Girl in The Washington Post. 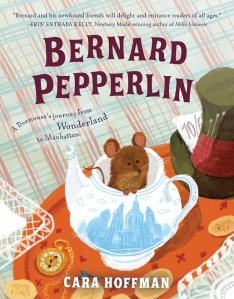 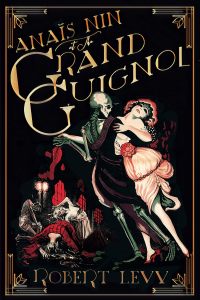 At the 2019 Massachusetts Independent Film Festival in September, Elizabeth Searle (Fiction, Playwriting, Popular Fiction, Scriptwriting) won Best Feature Film Screenplay and the short film Four-Sided, based on Elizabeth’s novel, was screened on the Festival’s closing night, September 7th. Elizabeth attended the Festival with Amy Carpenter Scott, one of the producers developing Elizabeth’s script, A Four-Sided Bed, as a feature film. Also in September, Elizabeth’s script was named a Finalist at the Northeast Film Festival and the short film Four-Sided was a Finalist at Moondance International Film Festival. See updates here.

Elisabeth Tova Bailey’s (Creative Nonfiction, S’15) film short adaptation of her memoir The Sound of a Wild Snail Eating won the international Jackson Wild Media Award in the Education category. The film has an upcoming Canadian premier at the Edmunton International Film Festival and was recently reviewed in the San Francisco Examiner. 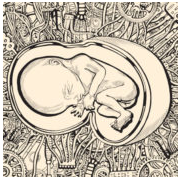 KT Bryski (Popular Fiction, W’16) and PodCastle co-editor Jen R. Albert are pleased to announce their creation of a new speculative fiction reading series. Funded by the Ontario Arts Council, ephemera will feature literary speculative fiction with a focus on emerging and underrepresented voices. Starting in November, it will run the first Wednesday of every month at the Glad Day Bookshop, Toronto.  Follow ephemera on Twitter and Instagram @ephemeraseries.

Julie C. Day (Popular Fiction, S’12) is thrilled to announce that Aqueduct Press has just released her 140-page novella, The Rampant, as a paperback and ebook:

Christianity it turns out got a whole lot of things wrong. It’s ten years since the hordes of old-world Sumerian gods arrived in Southern Indiana ready to kick off the end of the world. Massive tornadoes, tsunamis, government collapse: it all started out so strong, but the Rampant, the final herald of the apocalypse, failed to show. Both people and gods have had to adjust. Sixteen-year-old Emelia Bareilles and Gillian Halkey have spent most of their childhood stuck in this seemingly never-ending apocalypse. Now the two friends are resolute: they will travel into the lands of the dead and force a change.

What others are saying

“Equal parts playful and heartbreaking, this apocalyptic novella offers one-of-a-kind answers about the end of the world….This clever and surprisingly fun take on the rapture is the perfect theological horror story.” ~Publishers Weekly

“Day perfectly balances dark and light in The Rampant, and offers up a fresh take on apocalyptic fiction that draws on ancient mythology and literature to create something that feels completely original and new.” ~The Book Smugglers Women to Read

Nancy Hayden (Fiction S’12) and her husband John Hayden are excited about the September release of their new book, Farming on the Wild Side: The Evolution of a Regenerative Organic Farm and Nursery from Chelsea Green Publishing. The book explores growing fruit and perennial vegetables, enhancing native biodiversity for pollinators, beneficial insects, and birds, and increasing resilience in the face of climate change. Its hopeful message is combined with the authors’ color photographs of their Vermont farm. 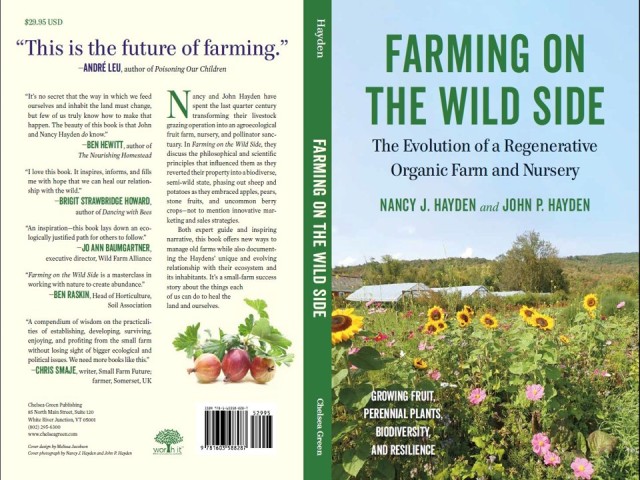 Veda Boyd Jones (Fiction, S’17) has been elected president of 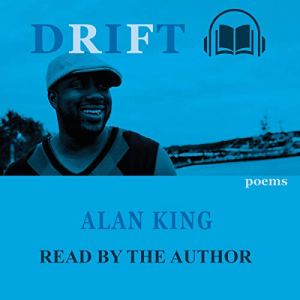 Ozarks Writers League, which is headquartered in Branson, Missouri, but includes Arkansas as well. She will preside over a spring and a fall conference with national speakers. 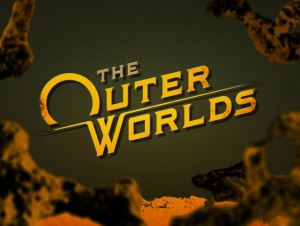 Paul Kirsch (Popular Fiction, W’11) co-wrote a game called The Outer Worlds, which launches October 25th on PC and consoles. The Outer Worlds is a dark sci-fi satire about consumerism and corporate greed in space, full of fun shooty combat and opportunities for creative roleplay. You can find the latest trailer here (and below). 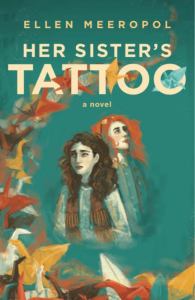 Ellen Meeropol (Fiction, W’06) is delighted to reveal the cover of her fourth novel, Her Sister’s Tattoo, coming in April from Red Hen Press. Angela Davis blurbed the book with this quote: “The elegant restraint of Ellen Meeropol’s prose and the painstaking precision of her vision offer us discerning glimpses over decades and generations into the complexities of political engagement—its big questions and especially its intimacies. At a time when radical movements are on the rise, we find in Her Sister’s Tattoo exactly what we now need: both caution and hope.” Elli will be doing an ARC-drop road trip to New England indie bookstores this fall, so if you have suggestions about bookstores likely to be interested in a political novel, please let her know. 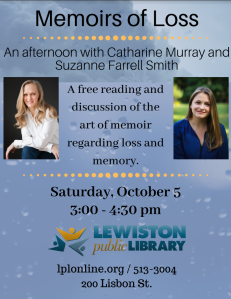 Catharine H. Murray (Creative Nonfiction, S’17) will be at the Lewiston Public Library October 5th from 3:00-4:30 p.m. to discuss Memoirs and Loss with Suzanne Farrell Smith. Murray will be back at the Lewiston Public Library on October 26th teaching a Memoir Workshop from 1:30 to 3:30 in the afternoon. Both events are free and open to the public. 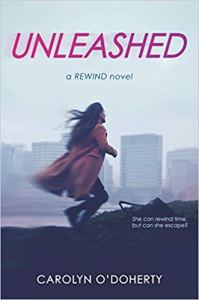 Carolyn O’Doherty (Popular Fiction, W’11) is delighted to announce that her debut novel, Rewind, won the 2018 Oregon Spirit Book Award from the Oregon Council of Teachers of English. The award is given annually to the author of a distinguished contribution to young adult literature that engages and encourages readers’ imagination, discovery, and understanding, reflecting the spirit and values held by Oregonians. Carolyn’s second novel, Unleashed, the sequel to Rewind, was released in September 2019. 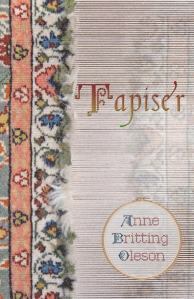 Anne Britting Oleson (Poetry, W’05) has contracted her latest novel, Cow Palace, with B Ink Publishing; the book will be published in 2021. She will be reading from her most recently published book, Tapiser, at the Boothbay Public Library on Saturday, October 12th, at 2:00 p.m.; she will also be the guest at Union’s Vose Library for their annual “Soup & Suspense” fundraiser on Thursday, October 17th, at 6:30 p.m.

“On the Ridge,” a poem about the search for a man lost in the Great Smoky Mountains National Park, by J. Stephen (Steve) Rhodes (Poetry, W’11), will appear in the forthcoming issue of The American Journal of Poetry. 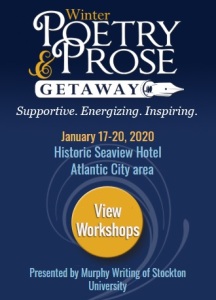 An essay, “Upstairs Love,” by Lisa Romeo (Creative Nonfiction, S’08) appears in the fall issue of Ovunque Siamo: New Italian-American Writing. Upcoming: Lisa and fellow Stonecoaster Anthony D’Aries will read together at I AM Books in Boston (November 9th); she will present two sessions at the Philadelphia Writing Workshop (November 23rd); and lead a three-day memoir workshop (January 17-20) at the Winter Poetry & Prose Getaway in Atlantic City, NJ, presented by Murphy Writing/Stockton University.

Catherine Schmitt (Creative Nonfiction, W’12) has an essay on the importance of Maine, and wonder, to Rachel Carson, in Maine Boats, Homes & Harbors Magazine,  and another about the monuments of oyster shells made by Wabanaki ancestors, in Island Journal. She wrote the cover story on Atlantic salmon for Maine Audubon’s Habitat magazine Summer Issue,  and she will be talking about salmon and signing copies of The President’s Salmon at Maine Audubon on October 3rd. Schmitt will be moderating a Maine Writers and Publishers Alliance discussion on “Finding a Publisher” at the Bangor Public Library on October 19th.